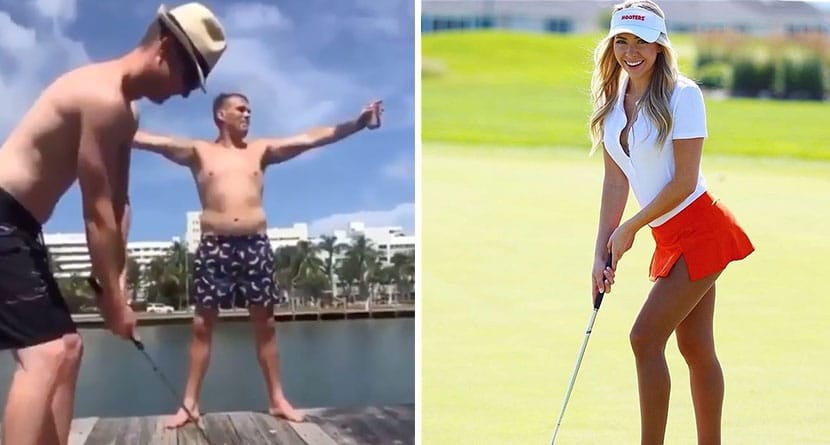 Joe sliced his shot off the tee. It went down into a deep, wooded ravine. Not one to let a ball be lost easily, Joe went in after it.

He took his 8-iron and clambered down the embankment in search of his lost ball.

After many long minutes of hacking at the underbrush, he spotted something glistening in the leaves. As he drew nearer, he discovered that it was an eight iron in the hands of a skeleton!

Joe immediately called out to his friend, “Jack, I’ve got trouble down here!”

“What’s the matter?” Jack asked from the edge of the ravine.

Thank you everyone for the good wishes after my latest win @pgatourchampions It means a lot. Thank you also to my sponsors for your continued support @sap @official_xxio @isps_handa @netjets @clifbar @bobbyjonesgolf @boeing

She might need a little help with that grip guys, but everything else looks perfect hey?😍⛳️ @howesjai #GolfBabes #Golf #Golfer #GolfSwing #GolfCourse #Golfing #GolfLife