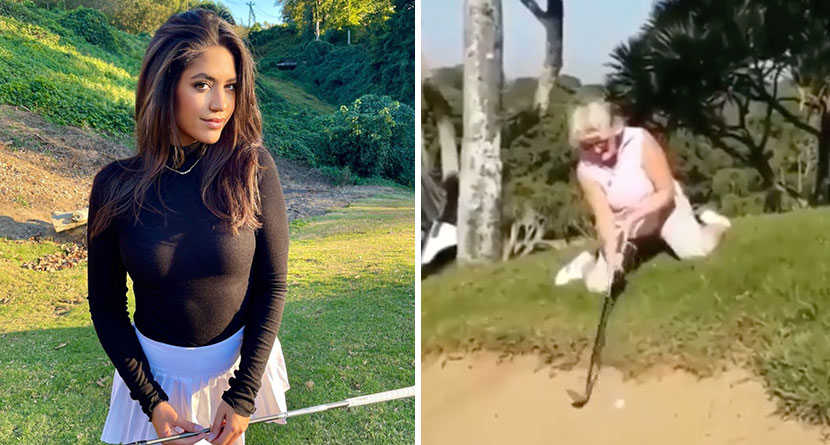 Michael was an extremely avid golfer with such a cynical attitude and arrogance that when he passed away, few people shed a tear. Michael approached the Pearly Gates where St. Peter was waiting for him. Rather than pass through the gates as normal people had done, Michael stopped to ask a question.

“Before I agree to come in, I want to know exactly what kind of golf courses you have here,” he said to St. Peter.

“That shouldn’t matter to you,” St. Peter responded.

“But it does!” And then in his arrogant manner, he exclaimed, “Well, if I can’t see it, then I’m not coming in!”

“Very well, Michael. As you wish… look through the gates,” St. Peter said.

He looked and saw the poorest, most rundown excuse for a golf course. It made him sick to his stomach.

“Forget it! Michael stated. “There is no way I’m going to spend eternity playing on that course!”

Just then, Michael heard the Devil calling him over the gate.

“Come over here and see what I have to offer.”

Michael peered through the gate and was elated. There was the most absolutely fabulous golf course he had ever seen.

He turned to the Devil and said, “Yeah! I want to play that course!”

“Okay, step on through and it’s yours forever,” Satan said.

St. Peter pleaded with Michael as he headed off with the Devil and the gates closed behind him. Michael walked up to the first tee and said, “I can’t wait to play! Where are my clubs and ball?”

The Devil roared with laughter. “Oh, that? There aren’t any. Welcome to Hell.”

Honestly, I admire the effort pic.twitter.com/2PFibAHksh