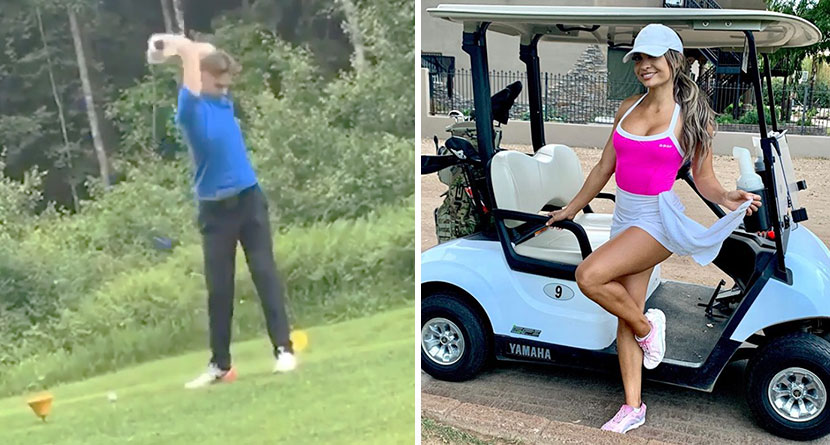 Bob teed up on the first hole and on his downswing noticed his wife teeing up on the ladies’ tee just ahead.

Unable to pull out of the swing he crushed his drive straight into the back of her head killing her instantly.

Two days later, Bob was talking to the coroner.

“Robert, your wife died of blunt force trauma to the head,” the corner said. “You say you hit your golf ball into her head?”

“I see. Can you explain why we found a golf ball wedged up her backside?” the coroner asked.

“Yes, as a matter of fact, it was,” the coroner responded.

“Ah, that would’ve been my provisional,” Bob said.

A Better Way To Hit Driver?

Tune in today at 4pm ET on @siriusxm PGA TOUR Radio for the latest episode of Attack Life Radio featuring a very special guest, @ltcoldanrooney. The Col. is one of America’s greatest heroes – turning and burning and shooting down bad guys for a living. Listen in to hear about that and his new book, Fly Into The Wind. We also talk the upcoming US Election, playing golf with presidents and @themasters . You won’t want miss it 🇺🇸