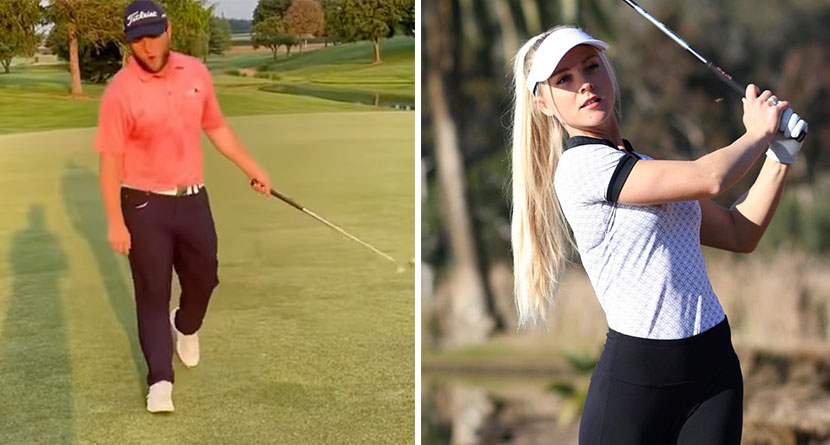 Stevie Wonder and Tiger Woods are in a bar.

Woods turns to Wonder and says, “How is the singing career going?”

Stevie Wonder replies, “Not too bad! How’s the golf?”

Woods replies: “Not too bad, I’ve had some problems with my swing, but I think I’ve got that right now.”

Stevie says, “I always find that when my swing goes wrong, I need to stop playing for a while and not think about it. Then, the next time I play, it seems to be all right.”

“But how do you putt?” asks Woods.

“Well,” Stevie says, “I get my caddy to lean down in front of the hole and call to me with his head on the ground and I just play the ball towards his voice.”

Woods, incredulous, says to Stevie: “We’ve got to play a round sometime.”

Wonder replies, “Well, people don’t take me seriously, so I only play for money, and never play for less than $10,000 a hole.”

Woods thinks about it and says, “OK, I’m game for that, when would you like to play?”