VIDEO: This Is Just Bad Luck 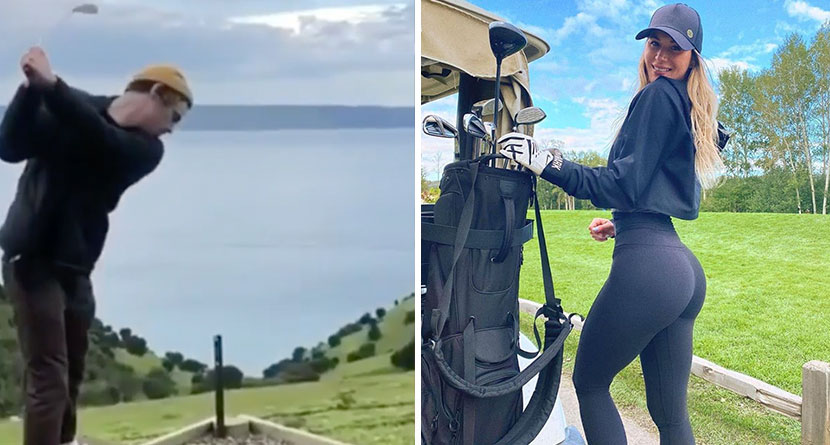 The same foursome played every day at 10 a.m. They were known as the “3-hour gang,” always finished by 1 p.m. so they could play gin all afternoon. One eventful day, they ran into a foursome ahead of them playing incredibly slowly.

The guys in the 3-hour gang waved and waved at each tee, but the group ahead never moved aside to let them through. After a frustrating 5:30 round, the gang came into the men’s bar fuming. The slow group was at a table across the room and the whole bar could hear the cursing coming from the hallway.

Finally, the waitress approached the gang and said, “You guys should lighten up. That group you’re cussing out….they can’t see. They’re blind golfers and I think it’s great they can even play!”

The first player in the gang felt terrible and told the waitress, “You’re right. Tell you what — send them over a round of drinks on me!”

Everyone looked at the fourth guy. Unceremoniously he grumbled,  “Screw ’em. Tell those idiots to play at night.”

Beautiful View… If You Can See It

This is my luck right here 🤕 Via: @hellosportpodcast

Spackler, Venkman or McCracken. Winger, Cross or Connor. Everyone has their favorite version of the Murricane. I dig them all. Happy 70th birthday Bill. Hoping some form of normal resumes by Pebble for another memorable week with the legend and @williammurraygolf.