VIDEO: How Does This Happen? 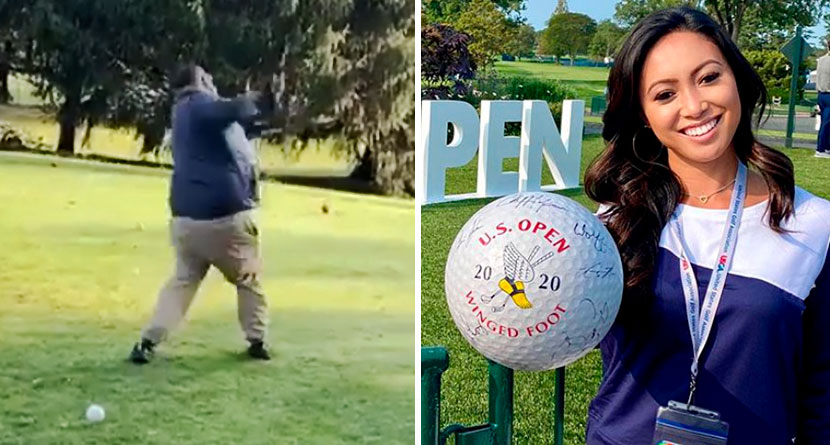 Paddy and Mick were returning to their native land to play in the All Eire Champions Golf Tournament. Halfway across the Atlantic, the pilot of their plane came over the intercom.
“Ladies and gentlemen, this is your captain speaking,” he began. “I regret to say that we have lost the use of the outer starboard engine. But there is nothing to worry about. We still have three perfectly good engines, which will get us to Shannon airport.”
And an hour later the captain’s voice was once again heard, “Ladies and gentlemen. It’s the outer port engine that’s gone this time. But nothing to worry about, we still have two good engines.”
Another half-hour passed and once again the captain came on the intercom, “Ladies and gentlemen. I do regret to announce that the inner starboard engine has gone… ” he said.
“Begorrah, Mick,” Paddy turned to his mate with a worried expression. “If we lose that fourth engine, we’ll not only miss the tee off, we’ll be up here all night!”

How Did This Happen?

Thank you @justinthomas34, @justinprose99 and @rorymcilroy for playing in the #PaynesValleyCup and to Johnny Morris for making this possible. I've been excited to open my first public golf course at @golfbigcedar with my @tgr.design team and you all made it even that much more special.