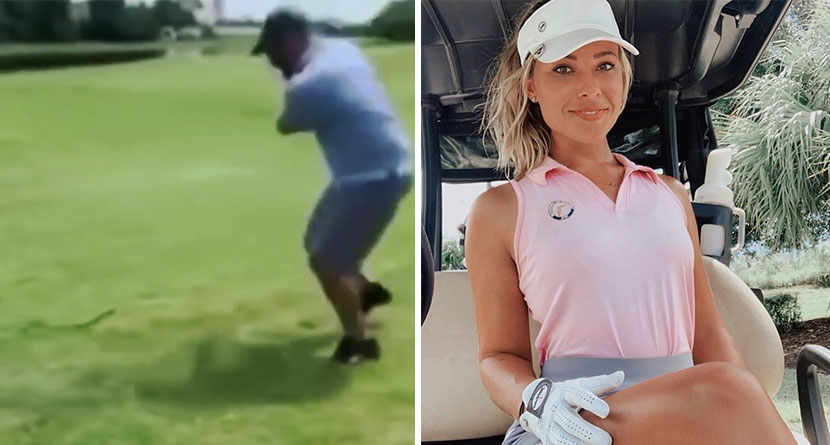 Having received the assurance that no one had, Fred proposed a match the next day with the club champion. The odds were handsome – 10-to-1 against the new young player.

Golden Hour NYC ☀️ . One more day of quarantine and then I can finally play in the cit-ay! (NY state has a strict quarantine for folks coming in from other states!)

The past few years I feel like I’ve learned more about my self than ever. Recently I have been proud for handling my stress better. I’ve been focusing on enjoying the present moment rather than what’s ahead of what needs to get done. Especially when I’m out on the golf course. Whether I am playing great golf that day or not having the best round, when I take that minute to look around, it makes me think about how lucky I am to be out playing golf at that moment. Then I start to notice the beautiful things around me and it brings peace. Many people say “Focus on the positives” but it can be harder than it seams sometimes. Taking a breathe and noticing things around you that you don’t usually notice can help open your eyes to positivity.🌸