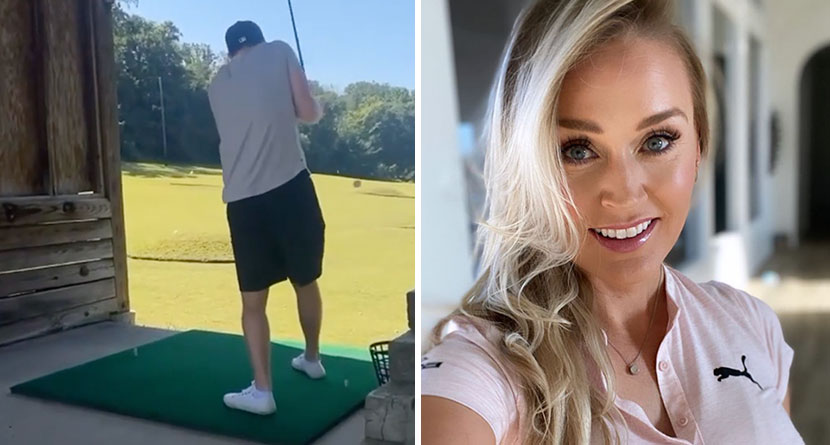 How Did This Not Hit Him?

After a long day out on the course I love using Medterra’s Rapid Cooling Cream to help with muscle recovery🙌🏽💪🏼 The cooling effect in the cream gives immediate relief to any sore muscles or stiffness. So if your body feels like it needs some TLC after playing then try this cream 🥰 🎁💕 Get 15% off all Medterra’s products with code BELLA15 💗🎁 @MedterraCBD @MedterraCBD.eu @MedterraGolf #MedterraPartner #MedterraCBD #MedterraGolf #sp

Now that I’m all settled here in Tejas, it’s time to hit the road again. BHM>SLC>ORD>BOS>PWM. Few weeks of Adventures In Golf ahead – my favorite type of travel. Thanks to @skratch and @united for supporting what we do. ✌🏼 ✈️ ⛳️