VIDEO: What Maintenance Crews Deal With 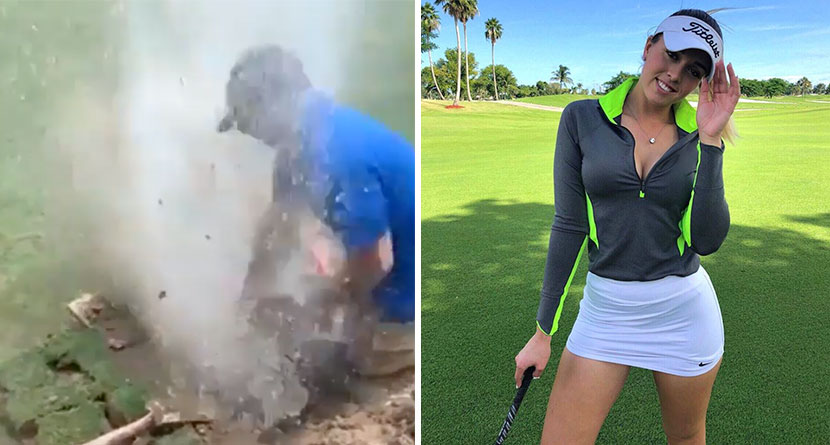 There were several men in the locker room of a private club after a round of golf. A cell phone that had been sitting on one of the benches rang. A nearby man picked it up

“Great! I am at the mall two blocks from where you are and I just saw the most beautiful mink coat. It is absolutely gorgeous!! Can I buy it?” she asked.

“What’s the price?” the man asked.

“Ahhh, great. Also, I stopped by the Mercedes dealership and saw the new 2018 model at a really good price, and since we need to exchange the BMW that we bought last year…” she pressed.

“What price did the dealer quote you?” the man asked.

“Fine, but for that price, I want it with all the options,” he said.

“Great. And before we hang up, there was one other thing,” she said.

“It might look like a lot, but I was going through your bank account and I stopped by the real estate office this morning. I saw the house we had looked at last year. It’s on sale!! Remember? The one with a pool, English Garden, tennis court, acre of park area, beachfront property.”

“How much are they asking?” the man asked.

“Only $1.45 million. A magnificent price. And I see that we have that much in the bank to cover…”

The man ended the call, raised his hand while holding the phone and said to the other men in the room, “Does anyone know whose phone this is?”

What The Maintenance Crew Deals With

When your round blows up in your face 🙈 📹 – @barstoolsports @waters.preston

#tbt with former and world no1! Humbled and always inspired! ⛳️