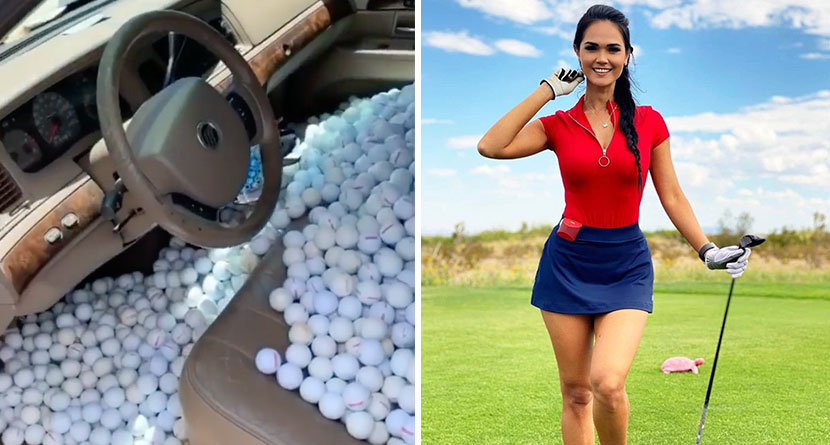 A married man was having an affair with his secretary. One day, their passions overcame them and they took off for her house.

Exhausted from the afternoon’s activities, they fell asleep and awoke at around 8 p.m.

As the man threw on his clothes, he told the woman to take his shoes outside and rub them through the grass and dirt. Mystified, she nonetheless complied and he slipped into his shoes and drove home.

“Where have you been?” demanded his wife when he entered the house.

“Darling,” replied the man, “I can’t lie to you. I’ve been having an affair with my secretary. I fell asleep in her bed and didn’t wake up until eight o’clock.”

The wife glanced down at his shoes and said, “You liar! You’ve been playing golf!”

TERRIBLE day to be this guy (via @christianblackmorell)

It’s Miss America’s 99th Birthday! I’ve been feeling all the feels today getting tagged in photos and inevitably going down memory lane. I was in a deep 2015 camera roll hole to find this @mattboydphotography shot. . Being Miss America was the honor of a lifetime. It’s given me so many precious friends and sisters, life changing experiences, scholarship money that paid for a program at Stanford and is now paying for my master’s degree at @uscannenberg and the list goes on. I can’t really put it into words. . 6 years later, the organization is…different to say the least. So much has happened. So much hurt. But I still hope in my heart that Miss America can finally find who she is and get to the business that should be at her core: helping the young women in our program. Regardless of what anyone says, Miss America will always have a place in our culture. So here’s to you, sister. May you thrive. ✨👑

The club slide that mystified us all earlier this season by @abrahamancer.