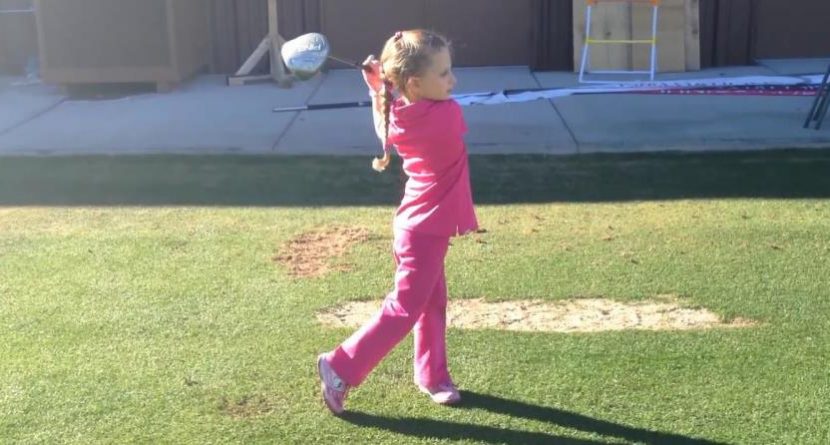 The submissions were many and the decisions were difficult, but the winners of the Little Linksters’ 2014 Best Pee Wee Golf Swing in the World contest have been chosen.

And for one promising 2-year-old, it’s the second contest he’s won in the past four months. Two-year-old Ben Woolley of Humble, Texas, took the honors for the Under-3 Division:

Back in October, Woolley was one of two winners chosen by Bubba Watson in the golfer’s #BubbaFanFlyaway contest. By proclaiming their fondness for Watson, Woolley and his family received an all-expenses-paid trip to Phoenix this past weekend to meet Watson and watch him compete in the Waste Management Phoenix Open.

And in the 7-8-Year-Old Division, the champion was Sophia DiPaolo of Dublin, Ohio:

Along with their award, these little golfers received a full set of U.S. Kids Golf clubs and other accessories; exemption and entry fee into the 2014 Future Champions Golf International tournament; a Golfer’s Footprint swing trainer; MoRodz alignment sticks; Swingfix online lessons; a Star Putter training aid; and much more. The contest was set up by Little Linksters, a nonprofit organization with a mission of introducing the game of golf to all children from ages 3-8.

And if the above videos weren’t enough to demoralize you about your swing, this compilation video should do the trick: