Gary Player Was On Fire On Social Media Yesterday 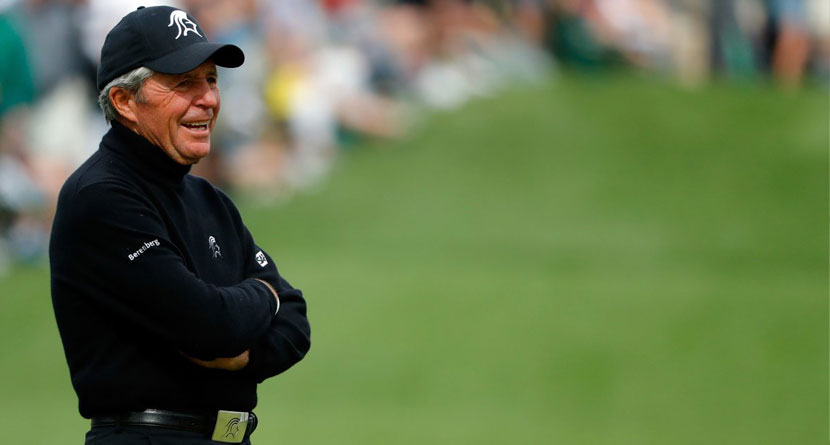 While most of the golf world was in a tizzy on social media over the return of Tiger Woods on Thursday, 81-year-old Gary Player brought a bit of gravitas to the proceedings with a few well-worded tweets. The prevailing sentiment among Tiger truthers was that the game’s greatest player was returning to competition,

The prevailing sentiment among Tiger truthers was that the game’s greatest player was returning to competition. However, the Black Knight spoke for a generation of golf fans when he took down PGA Tour winner Daniel Berger in under 140 characters.

Anyone else pumped to see the greatest of all time tee it up today? I know I am

@DanielBerger59 Really? I did not know @jacknicklaus was playing this week. GP

Player didn’t stop there. Instead, he had his fill of Tour pro and went after one of the best writers in golf media, Sports Illustrated’s Alan Shipnuck.

I love the all-black ensemble Tiger is wearing, despite the heat. From Johnny Cash to 'Westworld,' it's badass look.

To recap, Gary Player, at 81 years old, is not only in better shape than you, he’s better at social media, too.