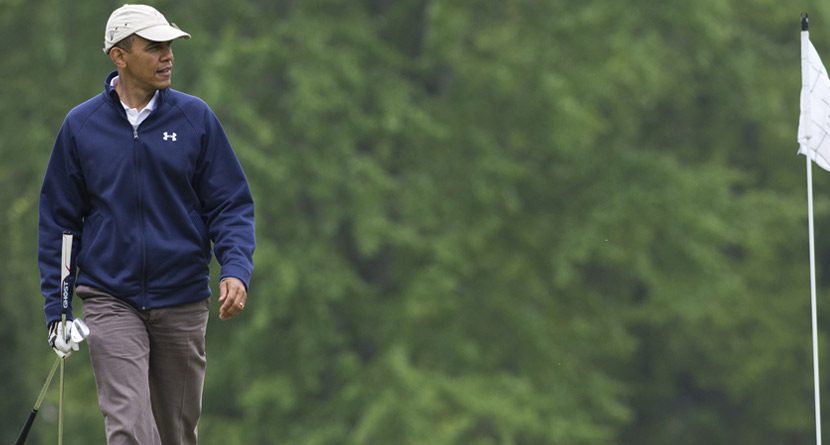 Ever since his presidency began, Barack Obama has been criticized on a number of issues both large and small. Perhaps one of the most ridiculous claims his dissenters have made involves Obama’s addiction to golf and how it may be affecting his ability to serve as Commander in Chief.

Well, Obama might have just gotten a reprieve from a very unlikely source. According to a recent report on USA Today, former Republican President George W. Bush is slated to offer his support to Democrat Obama’s golf playing habits on a talk show hosted by Jimmy Roberts. In the interview, Bush tells Roberts he knows how a president needs some time to himself due to the insane stresses experienced while on the job.

“I see our president criticized for playing golf, I don’t, I think he ought to play golf. I know what it’s like to be in the bubble and I know the pressures of the job. To be able to get outside and play golf with some of your pals is important for the president.

“It does give you an outlet. I think it is [a good release] and I think it’s good for the president to be out playing golf.”

We at the Back9Network agree with Bush’s stance on getting out on the links to kill a few hours, no matter what job you might have. Granted, only one person can be the President of the United States, but if nothing else that should get you a deal on some nice courses.