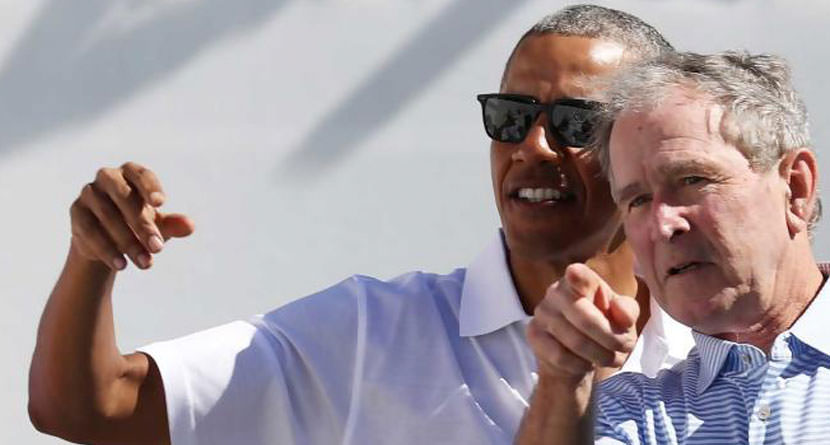 Former U.S. Presidents George W. Bush and Barack Obama will be teeing off against each other — literally — much more frequently as it was announced that the two most recent Commanders-in-Chief had joined up at a famous Florida golf club.

Speaking to Houston’s Fox 26, the owner of the Floridian, which counts Michael Jordan and a handful of Florida-based Tour pros among its members, confirmed that Bush 43 and Obama were taking up dues at the Palm City golf club.

Dylan Dethier of Golf.com had more information on the new members.

“Mr. Obama had been to our place a few times before and had a little down time, he was doing some work in Florida, and spent a few days there playing golf,” Crane said.

“And I got to play with him and Tiger one time. It was a lot of fun, he’s a fun guy to play with,” he said, adding the fact that Woods is playing well and “pain-free.”

But Crane made it clear that his club doesn’t favor one side of the aisle.

“He’s a new member and so is George W., so I’m very neutral on the politics,” he said.

Crane purchased Floridian National in 2010 from Wayne Huizenga, a high-profile Florida businessman and former owner of the Miami Dolphins, Florida Marlins, and Florida Panthers. Crane oversaw a renovation of the club and course, which was redesigned by Tom Fazio.