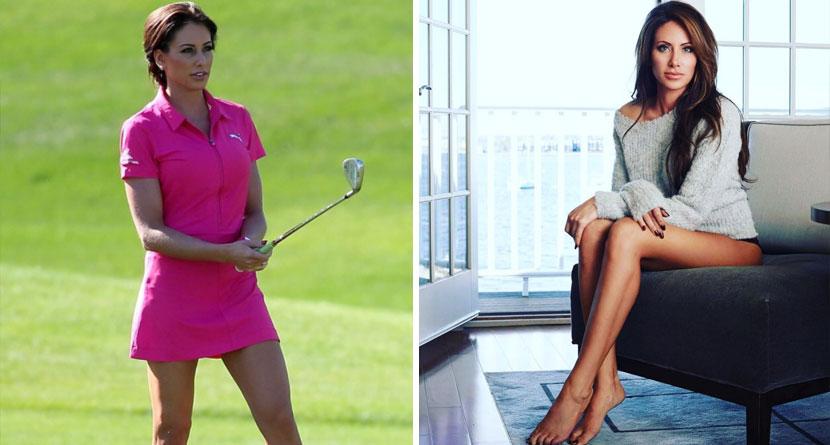 If you’re watching the U.S. Open on Fox Sports this weekend, you’ll probably notice a somebody far more attractive than Paul Azinger or Brad Faxon. Yes, that was the lovely Holly Sonders hosting live from Shinnecock Hills.

Sonders has been one of the most recognizable faces in golf ever since her role as host Golf Channel’s Morning Drive back in 2011. She was introduced to the game at a young age and played golf at Michigan State. After a knee injury cut her playing career short, she got into broadcasting.

Since then, she’s been named to multiple “beautiful women in golf” lists and in 2015 joined Fox Sports.


If you’re not familiar with Holly, the next few pages should get you acquainted. If you already are – you’re welcome!

Round 3 is underway..long day for us but we are so excited to bring you all the coverage. Gil Hanse and I are already breaking down how this golf course is playing and what impact rain could have on this championship! We’ll be with you until 8pm ET. @foxsports @usga