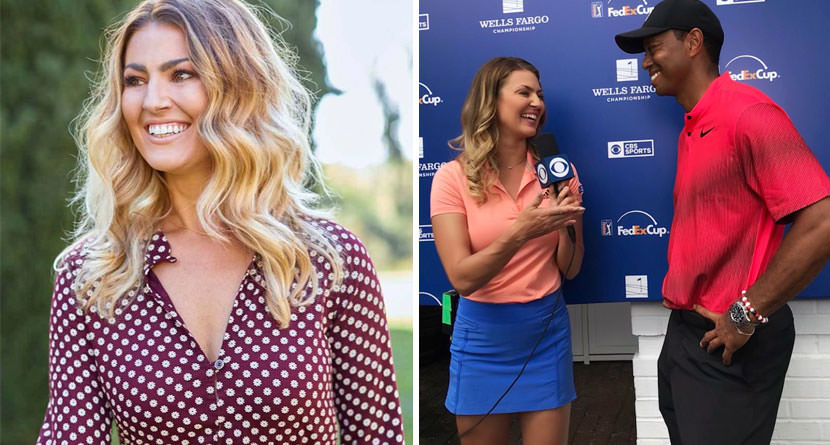 Amanda Balionis has become a ubiquitous face on CBS Sports’ golf broadcasts since joining the network in 2017. The Pittsburgh native has been working in and around the golf world for years, however, getting her first national gig at the PGA Tour in 2011.

A graduate of Hofstra University with a degree in broadcast journalism, Balionis plied her trade locally in New York for two years after graduating before joining the Tour to handle digital production gigs that included Trending on Tour, Buy a Mulligan and PGA Tour Live.

In 2016, Balionis left the Tour to join Callaway Golf to “handle on-air duties for the company’s original and partnership content,” according to their website. Shortly after leaving the Tour, Balionis caught on with Turner Sports as well as CBS.


During her short tenure with CBS, Balionis has done not only golf, but also been on the scene for NFL and college basketball games.

Now when Amanda pops up on your screen in the coming weeks and months, you’ll have a little background information to share with your golf buddies.