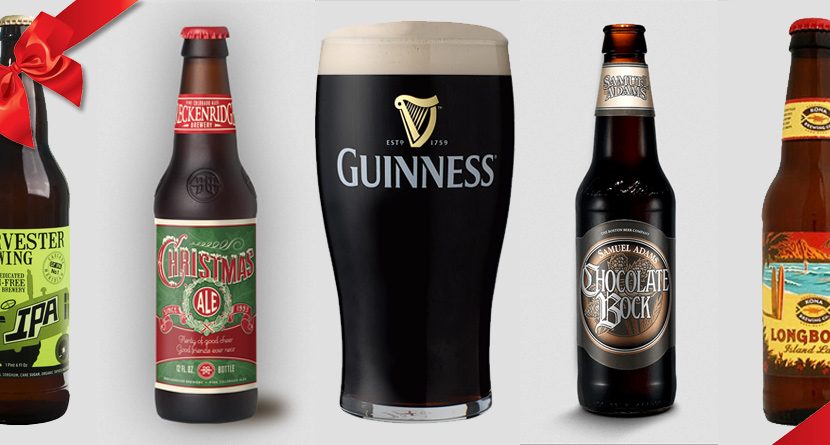 Every year, so many pointless gifts are given around the holidays. Your brother-in-law doesn’t need a fifth T-shirt representing Ohio State. Your sister will be fine without a purse to match that one outfit that she wears one time a year. Your cousin doesn’t need another video game because, well, he’s 35 and that’s what you gave him last year.

But what if you handed out the same gift year after year, yet it’s always different and always awesome? It’s simple: beer. Here are nine that would make fantastic gifts this year:

After all, it is Christmastime. This seasonal beer is a stiff one – 7 percent alcohol – but boasts the sweet flavors of caramel and chocolate. Lots of breweries experiment with beer and fail. Sam Adams is not one of those, so you’ll be safe handing the beer snob in your family a six-pack of Cherry Chocolate Bock. The brew is aged on dark cocoa to produce an obvious chocolaty flavor, but it lends itself well to the fruity notes of cherry.

If another big name brewer is what you seek, this is the beer you want for the one who likes what everyone else likes. According to a study done by Blowfish, a hangover-reducing product, Blue Moon is the most popular beer in the U.S. Or if you have a devoted drinker of the Belgian-style wheat beer, encourage them to branch out from the original with one of the brewery’s four seasonals or five specialty releases.

For the serious beer drinker, hand them a six pack of this 8-percent brew from the Alchemist. It’s an IPA (India Pale Ale, i.e. hoppy, i.e. bitter) filled with more hops than a typical IPA. According to its website, “This one will put hair on your chest.” It’s rated No. 1 on beeradvocate.com, a website in which beer enthusiasts rate their favorites. Another IPA popular among the masses, Dogfish Head’s 90-minute IPA (the brewery also has 60-, 75- and 120-minute concoctions) is No. 1 on greatbrewers.com, an online community that promotes brewers. It’s method of adding hops for an hour and a half led Esquire Magazine to call it “perhaps the best IPA in America.”

Yet another IPA, this one is for that gluten-free beer fan on your list. Actually, anything from Harvester is gluten-free, but this citrusy and roasted chestnut brew recently won a gold medal at the 2013 Great American Beer Festival for the best gluten-free beer. No avid beer drinker is going to be disappointed with the most popular stout in the world. During the cold winter months, stouts seem to act like an extra layer of clothing, but really, Guinness tastes great any time of the year. And after any round of golf.

Another gold-medal winner at the GABF – this one in the American-Style Brown Ale category – the Davy Brown Ale mixes caramel and chocolate malts but produces a taste with chocolate, coffee and citrus. Not every place is cold during the winter months, and not every beer aficionado favors dark beers. For those people there’s the Longboard Island Lager, which has won way too many awards to list. It’s a light beer, but not so light as to be watered down. The smooth Longboard contains enough spicy hops to make it stand out.