Girl Plays Golf to Connect With Father Killed in Action 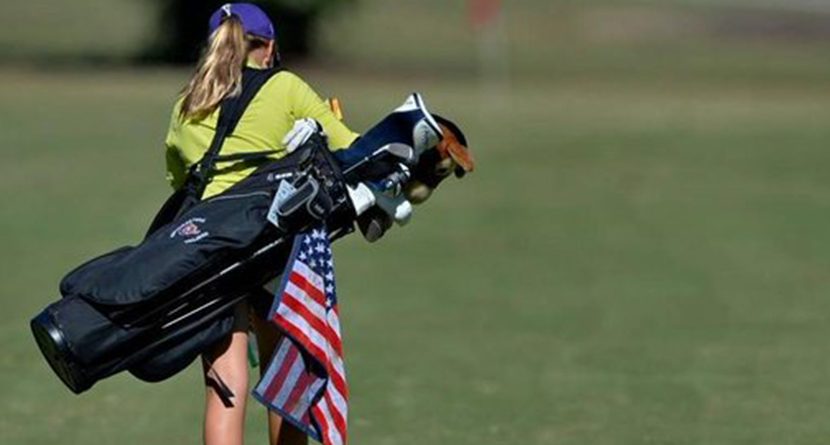 Veteran’s Day means many different things to many different people. To those who are serving or have served, it’s a long overdue and well deserved day of admiration. To those who have lost a loved one in the line of duty, it’s a reminder that their sacrifice was not made in vain. And to many more who have no tangible connection to the military, it’s an opportunity to show appreciation to the brave men and women who wake up every day to protect the very freedoms that we often take for granted.

One of the many freedoms we enjoy in the United States is the ability to “play and watch an absurd sport featuring little white balls and ridiculous sticks as if it were important.” However, for a 12-year old girl in Rock Hill, South Carolina, this absurd sport is a way for her to connect with her late father, Army Staff Sergeant Gavin Reinke.

Kayleigh “Buggy” Reinke lost her father when she was just three years old. Staff Sergeant Reinke was on his second tour of duty supporting Operation Iraqi Freedom when an improvised explosive device detonated near his vehicle killing him and Specialist Bryan Quinton.

Being at such a young age when her father died, Buggy hardly got to know him personally, but learned about him through stories and pictures. Finding out that her father was an avid golfer, Buggy took up the game just before Christmas of 2014, immediately showing a natural ability.

Buggy went on to play on the varsity squad at Northwestern High School in her seventh grade year, competing with, and oftentimes beating, girls who are five and six years her senior. Buggy played her way into the top-three on the team and advanced through the regional tournament to the Upper State contest where she shot a personal best, 96.

Less than a year after picking up a club for the first time, the 12-year old originally just wanted to connect with her father, but now, she is undoubtedly making him proud.