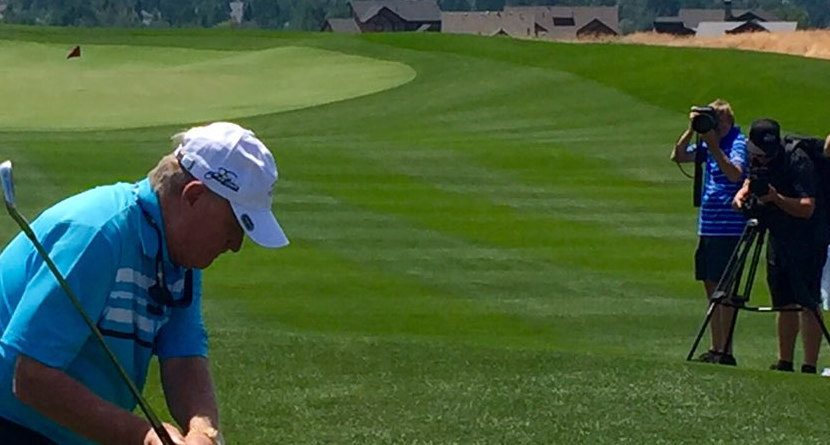 Whenever Jack Nicklaus speaks, people listen. Granted, winning 18 majors and being arguably the greatest player of all time will do that.

On Thursday, he was front and center speaking at the grand opening of his brand new concept; a public, 12 hole par-3 signature design “Golf Park” located at Red Ledges in Heber City, Utah.

The hybrid par-36 course ranges anywhere from 1,310 to 1,717 yards depending on the tees and boasts greens that contain 2 holes which players can aim at; one with a standard 4.25″ diameter and a larger 8-inch option.


The underlying theme with this design is growing the game. “We’ve ended up with something that is very creative, and something I’ve never seen anywhere else,” Nicklaus said according to the Salt Lake Tribune report.

“You are going to see a lot of hole-in-ones,” he explained. “And that’s a good thing.”

It will accompany the Golden Bear’s private 18-hole championship layout he opened there in 2009. Members will have full access for obvious reasons.

In a time where golf seems to be at a crossroads in the public-eye, this could be monumental breakthrough. By attempting to make the game less timing consuming and more fun, this new concept could prove to be a benchmark of a movement the game needs.

It also usually helps when Jack’s name is on it.