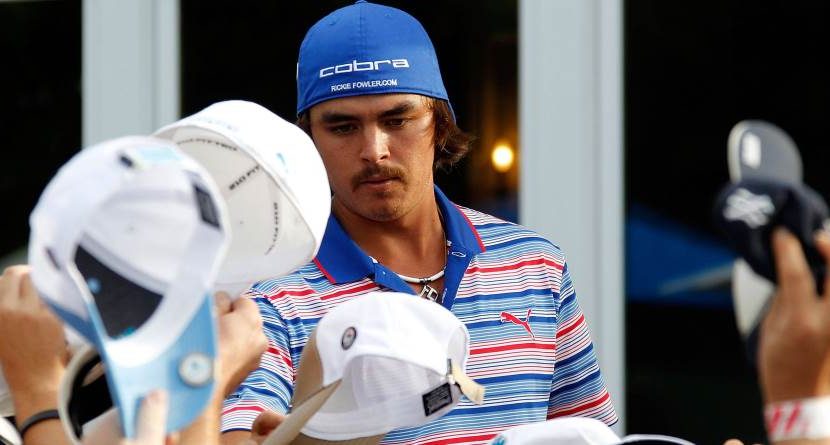 Despite the release of “The Most Anticipated Golf Rap Music Video Of The Year,” the Golf Boys apparently have no plans to respond by releasing another single of their own.

Rickie Fowler, one of the so-called band’s four members, broke the big news Wednesday during a press conference at the Travelers Championship.

“There are no plans right now for the next single,” Fowler said. “I think we’re letting the second one ride out for a little bit.”

The second one would be “2.Oh.” If you’ve never witnessed the Golf Boys in action, you’re missing out:

Yet, Fowler emphasizes that the group is still awesome.

“We’re pretty amazing as a band goes. I don’t think there are any other four golfers out there that are going to top us right now. We’re No. 1 when it comes to PGA Tour bands,” he said.

Maybe Fowler and the others – Bubba Watson, Hunter Mahan and Ben Crane – can begin collaborating on new ideas this week at the Travelers. The fact that they were at a major probably took precedence last week at the U.S. Open, and also, Crane wasn’t present. However, Fowler and Watson did find time to goof off during rain delays.

But actually, the Golf Boys are likely more focused on their game these days. None of them have won a tournament since Fowler took the Wells Fargo Championship in May 2012. That followed Watson winning the Masters in April, a week after Mahan claimed the Shell Houston Open. Apparently they feed off each other.

Mahan appears ready to break through this year. He played in the final group Sunday at the U.S. Open, ultimately tying for fourth. And his first-round 8-under-par 62 on Thursday at the Travelers put him one shot back of the lead. Watson was right there at 7-under, while Crane was -2 and Fowler +2.

Related Link: What It Takes To Win – Travelers Championship