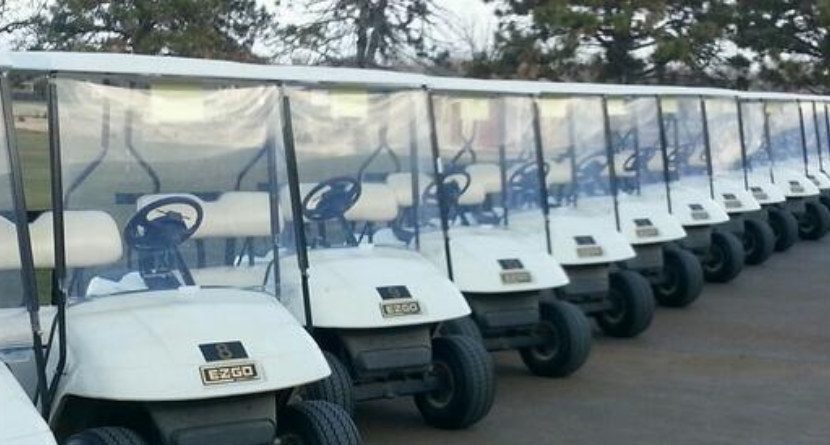 An upstate New York golf cart company could be the victim in an alleged $1 million embezzlement scheme. This past week, there were reports of stolen carts by an Indiana man, however, it appears the heist may be part of a much bigger operation.

WWNY TV 7 has the scoop:

On Wednesday, an Indiana man was arrested in connection with the theft of 13 golf cars from Mid-State Golf Car in the town of Canton. The vehicles were valued at $21,125.

According to Detective Sergeant Thomas Caringi, Leiby was a former co-owner of GRC Golf Carts who had a history of doing business with Mid-State Golf.

Caringi said Leiby sent a shipping company to Canton to pick up the carts, claiming payment was on the way.

However, the money never came and the carts were never returned, Caringi said.

Leiby was arrested in Indiana and later released.

On Wednesday, he turned himself in at the sheriff’s office in Canton.

According to news reports in Indiana, Leiby allegedly sold more than $1 million worth of golf carts to people all over the country, but the customers never received the product.

Leiby is accused of misappropriating funds, writing bogus invoices and lying about it to the other two owners of GRC.

If you didn’t think the golf cart business was hardcore, think again.