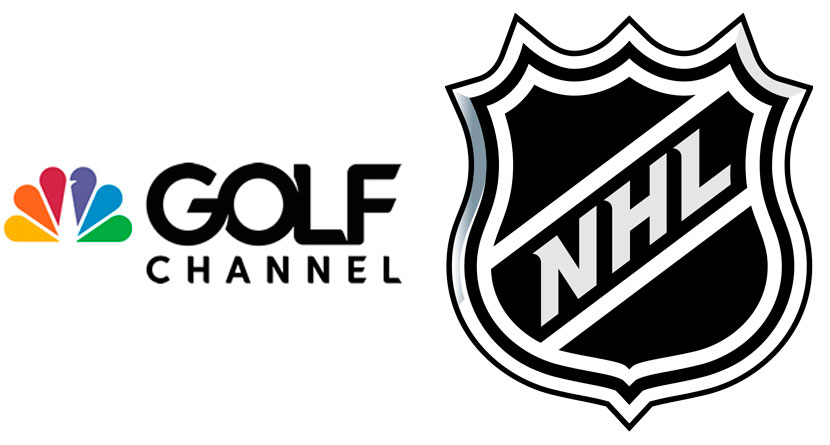 It appears that the Golf Channel will be on ice for a couple of hours next week.

The network announced that two NHL Playoff Games on April 18th – Game 4 of Devils-Lightning and Sharks-Ducks — will be televised on the Golf Channel. The broadcast is the first time NHL games have appeared on the “dedicated golf network” and comes while the NHL Network has availability to televise the games.  NBC Universal has decided to go with airing hockey on an alternate channel.

So the GOLF Channel (?!) gets back-to-back NHL game fours. Here’s what’s airing in those blocks on other channels:

NBC sending a message, I suspect..

While Yost’s tweet is inaccurate — CNBC will air Staten Island Hustle at 10 a.m., and USA has a new Suits episode at 9 p.m., the points remain — there is a strategic reason for NBC Universal’s plans. NBCU president Jon Miller said there are scheduling conflicts, but according to Awful Announcing, there could be an ulterior motive. USA Today and CNBC are distributed to 91 and 87 million homes, respectively. The Golf Channel, on the other hand, is in 71 million homes and struggles when there isn’t live golf.

Could this be a way for NBCU to get more carriage for Golf Channel?  The bottom line is fans of “Golf’s Great Rounds” will have to pick another time to watch.

Not all the news is bad for golf fans. The Golf Channel is dedicating some additional content, according to Sports Business Journal. The network will rebrand its news segment as Golf Central, and update news throughout the day when it breaks.