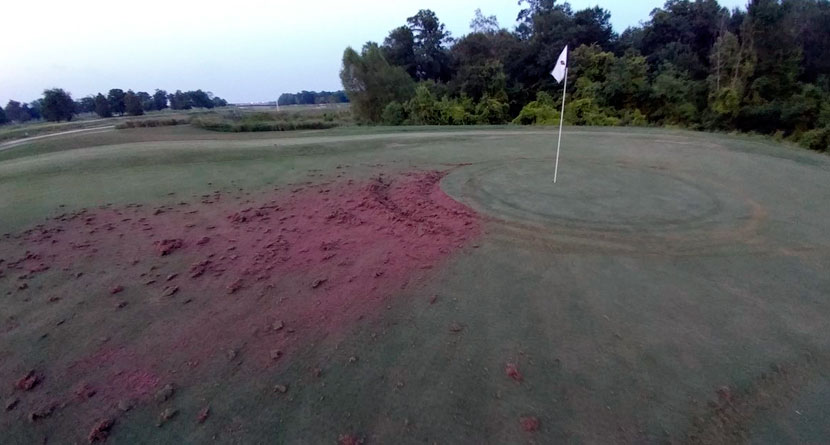 The superintendent at the Golf Club of Houston, the home of the Shell Houson Open, has to be sick to his stomach this weekend. The annual pre-Masters stop for many of the game’s top players was the victim of vandalism on Friday night, the third such time the course has been the target of vandals.

@FlagHiApp Here is a picture of the tread marks. pic.twitter.com/6MfSlrO62K

At the beginning of 2016, the Golf Club of Houston had its 16th green wrecked in a similar fashion leaving tire marks and chewed up earth in its wake. Just a few months later in May 2016, the vandals returned, that time wreaking havoc on the 14th green.

Friday’s vandalism marks the third time that the grounds crew will be attempting to refurbish a damaged green in the last 18 months. The bright side, if there is any, is that the club was able to get a picture of the vandals. A $1,000 reward was offered following the second instance of vandalism, but was never claimed.