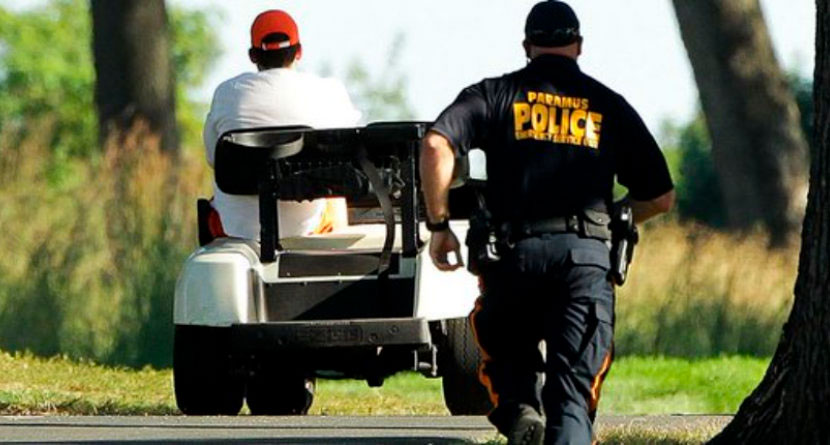 Former Major League Baseball All-Star Bobby Grinch was putting out on the 16th green of the North Course of the Coto de Caza Golf & Raquet Club in Orange County, California when he heard a commotion coming from his nearby golf cart.

When Grinch looked over, he saw a man dressed in black climbing into his cart and taking off. Thinking it was another golfer mistakenly hopping in the wrong cart, Grinch called to him to alert the man of his error. It soon became clear he wasn’t making a mistake.

“I was just picking up my ball out of the hole and I hear kind of a clamor,” Grinch told The Orange County Register. “’Oh this guy is confused and he’s in the wrong cart.’ I yelled at him and he didn’t acknowledge me; he didn’t pay attention.

Grinch, now 71 years old, began to run after the thief on foot down the 17th fairway before he came across another golfer. He borrowed their cart to give chase as the thief left the golf course and began driving into the residential area of the gated community.

In the cart, aside from his clubs, were his wallet and cell phone.

Grinch saw the man make a turn ahead of him, but by the time he reached the street, he found his cart abandoned with phone and clubs missing. After asking nearby residents if they had seen anything, Grinch called his wife to begin canceling the credit cards he had in his wallet, but the thief was already able to do some damage.

Grinch’s credit cards had accrued nearly $1,000 in the 30 minutes between the theft and calling the credit card companies. After talking to police, Grinch was able to aid the investigation by acquiring some security footage from one of the stores at which his credit card was used.

“I just want to alert people and other golfers as to what happened,” he said. “There’s so much crime going on now and even our golf courses are not safe, even in our gated communities.”

Grinch has since replaced his clubs and police confirmed they received a report for grand theft.

“The bummer of this whole thing is the driver that he took,” Grinch, a true golfer, said. “I’ve never had a driver that good.”