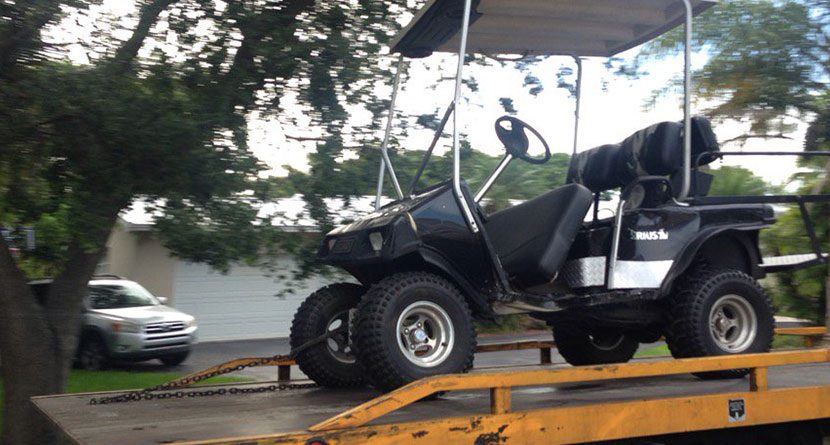 Sad news came out of a Virginia golf course this weekend as an employee of Lee’s Hill Golf Club in Fredricksburg, Va. died after wrecking a golf cart into a tree.

The Free Lance-Star had the story:

A 30-year-old employee of the Lee’s Hill Golf Club in Spotsylvania County was killed Sunday in an apparent golf cart accident.


Arnoldo Chavarria of Spotsylvania was found near a tree about 9:15 a.m. with severe head trauma, Spotsylvania Sheriff’s Capt. Jeff Pearce said. Chavarria, a native of Guatemala, was pronounced dead about an hour later at Mary Washington Hospital.

Police initially reported that another employee had seen the man crash a golf cart into a tree.

The investigation later revealed that two other employees came on the scene a short time after the incident and neither actually saw what happened.

The victim was transported on another golf cart to the pro shop and 911 was called.

Pearce said that while the golf cart was involved, police are no longer sure whether the cart crashed into the tree or something else happened.

He said the victim was on a hill when the accident took place.

Everything had been moved by the time the investigation began, Pearce said, hindering investigators’ efforts to positively determine what happened.

Pearce said foul play is not suspected in any case, and police will let the medical examiner rule on the cause of death.