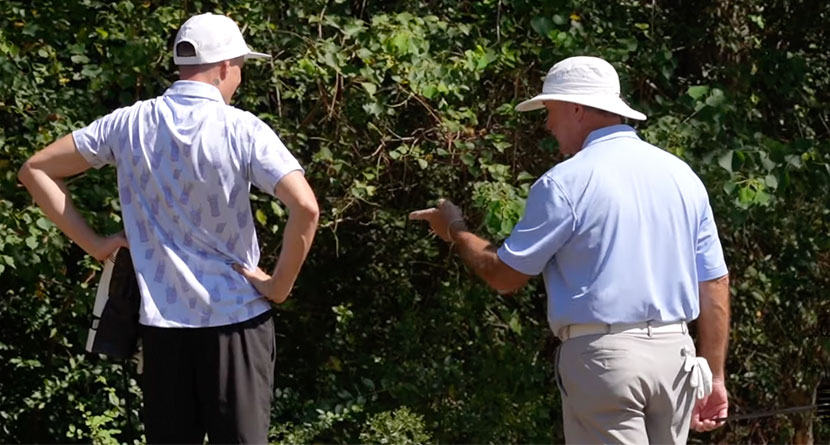 An on-course practical joke at an Alabama golf course turned violent, and now police are investigating who was at fault.

On Sunday, September 26, police received a call from Gulf Shores Police that an assault had taken place at Craft Farms Golf Club during an afternoon round. Initially, the group of golfers filed the complaint, but as the investigation continued and the suspects came forward, their statement and evidence paint a different picture than what was originally reported.

As the golfers prepared to tee off the third hole, the suspects, a group of four young men creating a video for YouTube, blew an air horn in their backswing in an attempt to distract the golfers.

“Sunday about 3 o’clock we got a call to Craft Farms Golf Club of an assault,” Gulf Shores Police Lt. Jason Woodruff said last week. “It could have started as a prank, but it just ridiculously got out of hand.

“They go to the wood line to see what’s making the noise, and there’s like six individuals in the wood line. They’re having some words back and forth, one of the individuals attempts to steal a golf cart, confrontation ensues and then just a straight-up assault occurs.

Nearly a week later, the pranksters held a press conference complete with the publishing of their video, to share their side of the story.

“We find it fun, we weren’t trespassing, we were at a homeowner’s house who lived at Craft Farms,” said Seth Randall, one of the pranksters. “We did not attack anyone, we were attacked and it was a prank that led to violence.”

The edited YouTube clearly shows that tempers were rising and threats were made, but there isn’t definitive video of an assault taking place, although the golfers do appear to the aggressors.

With the new video coming to light over the October 3rd weekend, no charges have been levied as police continue to investigate the alleged assault.