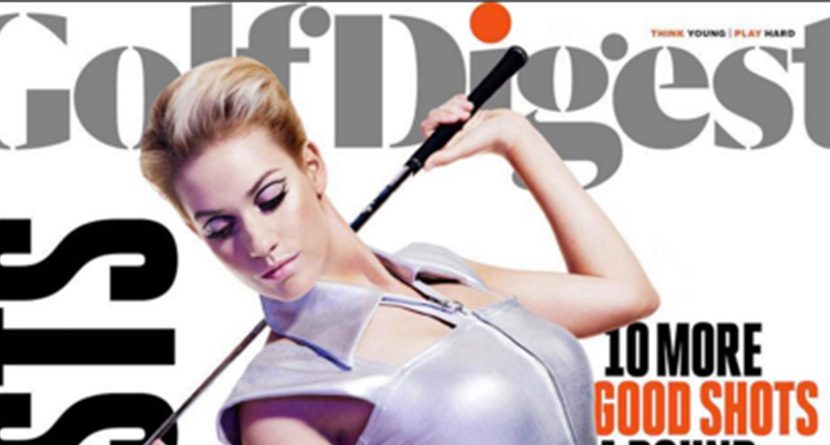 Paige Spiranac is no stranger to controversy. From her social media accounts to sponsor invites, the social media star has been a lightening rod for conversation around the women’s game.

I'm so honored to say that I've landed on the May cover of @GolfDigest! The issue has an awesome article about “Futurists” and how people today are changing golf. I know you'll love it! Follow @GolfDigest and click on the link in their bio for your chance to win a signed copy! I also know I wouldn't be in this position today without my social media family. Thank you to all the other accounts who have featured me before and those who follow. I honestly can't believe how this has all come about but I appreciate the support and love more than you will ever know so thank you so much for everything❤️

Given her broad appeal and good looks, it’s no surprise that Golf Digest decided to put Spiranac on the cover of their May issue. Some in the game, however, aren’t as thrilled with the magazine’s choice.

With Spiranac the featured model in Golf Digest’s package on “Futurists,” the “innovators and influencers changing the game,” LPGA Hall of Famer Juli Inkster noticed who wasn’t on the cover.

“You look at what Lydia Ko’s doing, and why isn’t she on the cover?” Inkster said.

Ko has yet to be featured on a Golf Digest cover.

“I know that stuff sells, and they are in the business of selling magazines, but I think people could learn more in an article about Lydia,” Inkster said. “It’s kind of where our society is right now. I don’t agree with it, but it’s their magazine and they can do what they want.”

I call it the Justin Leonard celebration run #brookline #tb1999

Everyone kept saying I needed to get furniture so I did. I got a bounce house. Not an April fools joke…I really did buy this and it's in my place. Just spicing up the selfies

Been working hard with my pro @ty_hall1 on my swing. Excited about the changes and the upcoming tournaments. #asukarsten #callaway