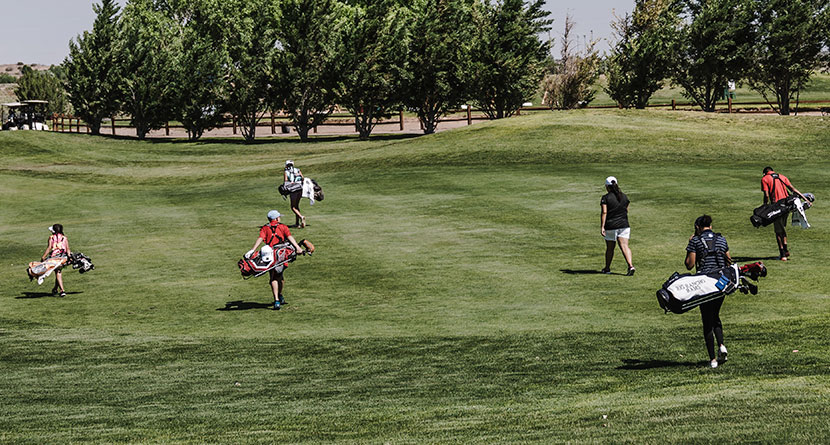 As the coronavirus pandemic has forced society as a whole to mostly retreat from the public, golf’s participation over the past few weeks in America has surged.

Lauded by health experts as one of the few ways folks can get outside, be active and social while enjoying a sport, golf has seen its rounds played surge in March both by in terms of year-over-year metrics as well as month-over-month.

“Being away from people is the No. 1 way we can ‘flatten the curve,’ as everyone has been talking about, but we need to remember as humans we need to make sure that we’re physically active, and also for mental and emotional reasons, it’s really good to be outside,” Dr. Mark Kovacs, a SwingU Master Faculty member and world-renowned expert in sport science and human performance, said.


“Every health expert out there, including myself, recommends being outside as much as we can while practicing good hygiene and social distancing. One of the best things to do is to play golf. Golf is a very, very low-risk environment, especially if you play by yourself — there is really no risk as long as you don’t touch the flags or the rakes.”

According to Bill Pennington of The New York Times, courses around the country have seen a surge in rounds played, including five municipal courses in Somerset County, New Jersey, who have seen over 6,500 rounds played in the first 19 days of March, a 300% increase over last year.

Golf courses around the country have seen a surge in play in recent weeks. “They’re very thankful we’re open — everyone stops to say thanks,” said the head pro at a municipally owned club in Fort Myers, Fla. https://t.co/LS5RGM27oZ

Indeed, SwingU users have been hitting the links at an increased rate over the first three weeks of March. SwingU has logged nearly a quarter of a million rounds as of March 23rd, which represents a greater-than-30% increase month-over-month.

As the world changes seemingly on an hour-by-hour and day-by-day basis, Dr. Kovacs warns that there are no sure-fire expectations that can be made as this pandemic continues.

“This is a very fluid situation,” he said. “From last week to this week, the entire world has changed. I’ve been involved with this for nearly six weeks now in working groups and task forces preparing for this, and even though we had modeled out a lot of these scenarios, when it happened, it happened very quickly.

“A lot of things changed faster than people were anticipating. It’s hard to predict out a month from now what the regulations are going to be and how government is going to respond, but speaking purely from a health-benefit standpoint of the activity and is it putting people at risk, if done correctly, (golf) is not putting people at risk.”

To Dr. Kovacs’ point, government oversight in the last few days has closed many golf courses around the world, including an order from the Prime Minister of the United Kingdom Boris Johnson that has closed courses throughout the country.

As courses around the United States close, golfers are considering traveling out of state to play courses still open to the public.

“A few guys I play with are talking about going to Pennsylvania because some of their courses are open,” Tom Avers, who plays about 100 rounds annually at the Somerset courses in New Jersey, told Pennington in The Times. “But I think they’ll probably close down soon, too.

“I drove by a closed public course yesterday and saw people playing golf on it. It’s probably safer than going to the grocery store.”

Dr. Kovacs said that playing golf is not dissimilar than going for a walk.

“The beauty about golf is that it truly is an individual sport,” he said. “Even though you may be playing with playing partners, you’re not touching their ball, you’re staying six feet away or greater… there’s really no difference than going for a walk, and we need to think of it that way.”