Golf Rounds Up In 2015, Cynics Crawl Back Into Their Holes 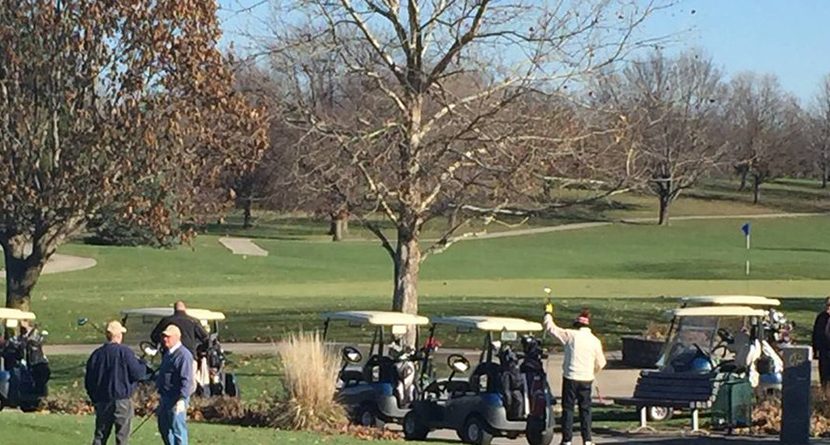 The inevitable demise of golf that doom and gloomers have been prophesizing since the end of the first decade of the new millennium took a hit this week when the National Rounds Played Coalition — a real thing — released a report saying that rounds of golf played in the United States in 2015 were up nearly 2% year-over-year from 2014.

According to Coalition figures reported by Golf Datatech, monthly rounds played between October and December grew by an average of 12% vs. 2014 (including nearly 20% in November alone) as regions such as New England, the Midwest and the West North Central enjoyed Mother Nature’s good will. In fact, total playable days grew by 4%, according to PGA PerformanceTrak.

Overall, more than half the states realized year-over-year growth in rounds played last year. Among those were states rich in golf accessibility such as Michigan (+11%), Ohio (+8%), Washington (+8%), Oregon (+5%), and Virginia (+3.4%). These gains in rounds helped facilities finish 2015 slightly ahead of the previous year in total median revenue (PGA Performance Trak). It’s interesting to note, however, that this growth in rounds, revenue and playable days took place despite the fact that 2015 was the third wettest year on record nationally, according to weather.com.

There’s no doubt that the mild winter had a positive impact on the numbers increasing from 2014, but it is a good indicator of where the game is going. Let’s face it, golf is a niche sport that never could have sustained the boom of the early 2000s for an extended period of time.

However, the participation increase in the United States in 2015 is a solid indicator that given good weather and a healthy economy, people are happy to spend their time and money at the golf course.

2015 was a step in the right direction for golf as a whole, but the key to success is sustaining those advances over time. 2016 portends to be a good barometer for that theory with a comparable weather forecast on the books.