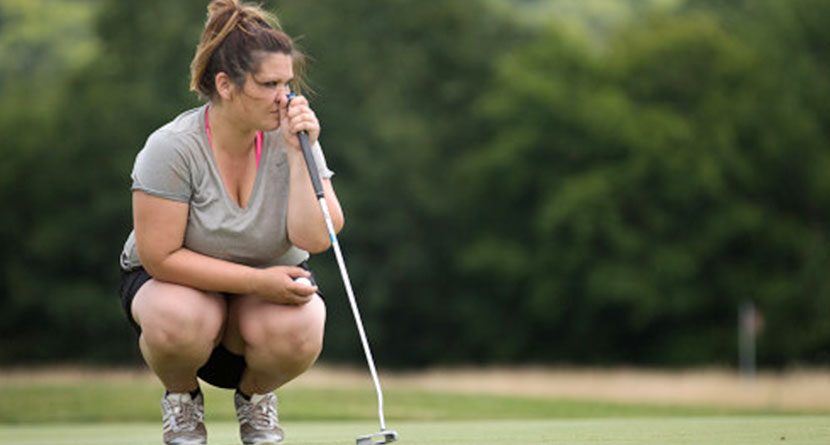 For a lot of people, golf is a respite from the struggles of everyday life. For Whitney Hand, a promising junior from outside of Bangor, Maine, the game has been her saving grace after struggling with heroin addiction.

At risk of becoming a “statistic,” as her mother called it, Hand dove in head first back into golf, keeping her out of trouble and playing some good golf in the process. The Bangor Daily News had her story.

Whitney Hand took an uncharacteristic 42 putts en route to an 11-over-par 84 in the first round of the Maine Women’s Amateur golf tournament Monday at Penobscot Valley Country Club.


That could certainly frustrate a golfer who won or shared three state championships during her terrific Bucksport High School career.

She was just thankful to be playing the game she loves again after a long struggle with heroin addiction that nearly took her life.

In April, she finished up a sentence at the Penobscot County Jail stemming from her addiction. She figures she had been a heroin addict for about two and a half years.

After a head-on car crash in 2012 in which she injured her back, Hand got addicted to painkillers.

“I had trouble walking. I was in a lot of pain,” she said.

That led to a heroin addiction, and she had an overdose that resulted in a trip to the emergency room.

It also resulted in several stints in jail for drug possession.

“I’ve come a long way. It has been very difficult. I’m just happy to be here. I was in so deep, I never thought I’d make it back,” said 27-year-old Hand, who works 12 hours per day, seven days per week for her father, Wayne, at the Bucksport Golf Club.

Beyond her work at the club, Hand has begun competing in tournaments around the area, putting up solid scores.