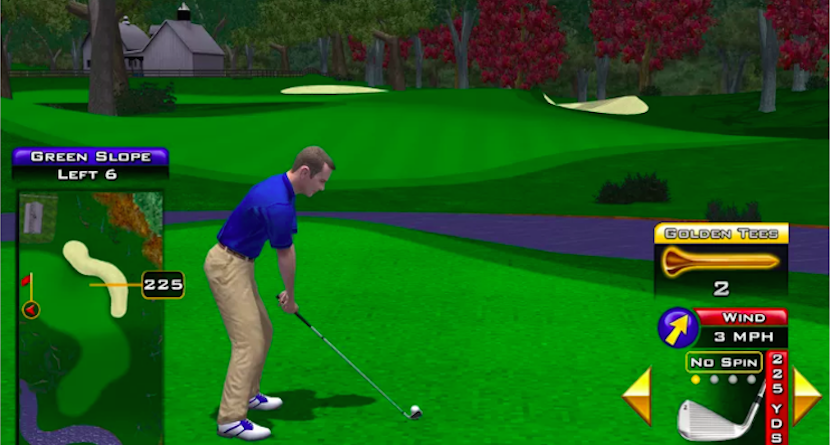 It’s that time of year again, where many of us scramble to find that perfect holiday gift.

As golfers, we’ve all likely received well-intentioned but impractical golf-related stocking stuffers. Maybe it was an animal headcover, an electric putting cup, a golf bag pen holder or a desktop golf hole paperweight with metal golf balls and thumbtack-sized clubs. For my parents, pleasing a golf-obsessed analytical junkie was easy.

To this day, I remain enamored with statistically driven golf games and simulations. Here are a few old favorites:

Board Games—The Heart of My Obsession

I very well may have owned every possible golf board game that was ever created. Never a fan of those golf games that were variations of playing cards or dice that randomly assigned birdies, bogeys or pars, my two early favorites were similar in that they revolved around laminated card stock sheets, depicting scaled versions of famous golf holes.

Challenge Golf, a Sports Illustrated-licensed game was contested on the actual Pebble Beach layout. Players rolled two dice and checked a series of charts to determine length and distance of their shots, and then used a grease pencil and a clear, plastic “T-Square Ruler” with slots down its middle first to aim and then to mark the landing place of their shots. A simple wipe of the playing surface with damp sponge or tissue, later removed the markings.

The graphical diagrams of the holes at Pebble were stunning and incredibly accurate. The frustration was that everyone played to a similar skill level. My friends and I solved this issue by creating individual chart sets for favorite Tour players. I also used my yardage book collection and penchant for armchair golf course architecture to design and add additional courses. I recall owning at least two other similar board games that substituted Pebble Beach with collections of the greatest golf holes in the world. These games were easy to play and a great amount of fun on a rainy or winter afternoon when one couldn’t get out on the course.

But the above games were supplanted by perhaps my all-time favorite sports simulation, Pro Golf from the Avalon Hill Game Company. Pro Golf actually took a professional approach to what we had attempted to do with our Challenge Golf modifications. First released in the early 1980s, while I was in high school, Pro Golf was also dice-driven, but in place of generic charts were individual player cards for each of the top 36 money winners on Tour. A course booklet depicted each of the holes at Augusta National on one side of a two-page spread and charts on the right side that reconciled the dice results on each player card to yield shot-by-shot results.

A second release featured Pebble Beach. Playing a full tournament with all 36 players could take weeks, but that didn’t stop me and my friends from doing so. It also didn’t stop us from spending additional time creating numerous additional courses, both real and imagined.

Pro Golf was driven directly by each player’s Tour statistics across the major performance categories. One of our proudest accomplishments was when we cracked the algorithm to determine how the cards were created. We were now able to add the balance of the Tour’s top 125! Yes, were probably demented and clearly hadn’t yet discovered dating or other deviant teenaged behaviors, but we were so into golf that the ability to simulate a three-way playoff between Brad Fabel, Donnie Hammond and Gene Sauers was just as cool for us.

I am not ashamed to say that I still have the game and all of our modifications in the library of my home.

Mechanical Goofiness—Arnold Palmer on a Stick, Anyone?

Less serious than the board games, but still on the list of memorable games, were a number of mechanically-based golf offerings. The most elaborate was Pivot Golf, a tabletop miniature golf course with a large plastic golfer in the middle of it. You moved said golfer around and pressed levers to make him putt into each hole.

The modestly successful Strolling Bowling game had a golf-related cousin: a wind-up golf ball with little feet that you aimed towards a hole. I grew bored with this after about two hours. But perhaps the most outrageous in this category was a plastic Arnold Palmer figurine that one clamped onto the shaft of a real golf club. You again used levers to make Arnie swing as he navigated his way across the carpet of your family room.

The Video Simulations—Back To the Future

With the advent of computers, the golf board games were relegated to basements and closets. In college and graduate school, we were captivated by a variety of golf computer games. Among the best were the Jack Nicklaus series by Accolade and early PGA Tour-licensed games that in essence migrated the Pro Golf concept to the PC.

When I oversaw merchandise licensing at PGA of America, I enjoyed the opportunity to work with Sierra Sports to develop a PC simulation-themed game around the PGA Championship. Today, I still enjoy the EA console series as well as the WGT tablet app.