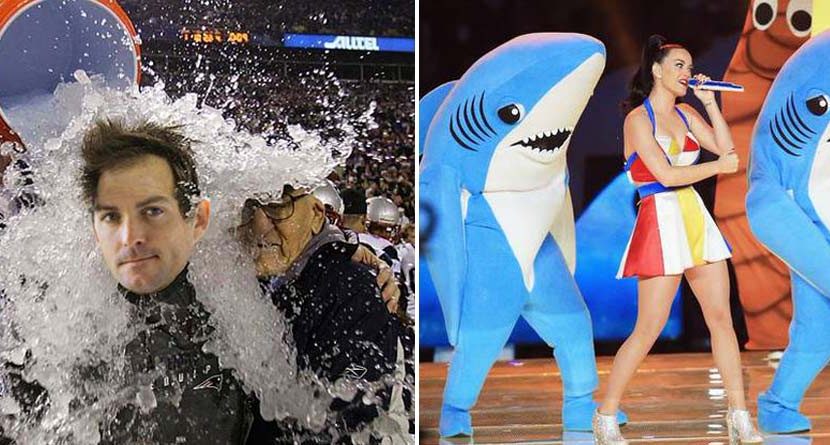 Roller Coaster. That probably describes exactly how you felt watching the second half of Super Bowl XLIX. That’s also what makes sport so great isn’t it? Emotions that may range from anxious to nervous to nail-biting to fist pumps and then possibly heartbroken.

Many golfers went straight from the Waste Management Phoenix Open on Sunday right to Glendale to catch all the action that unfolded. The others, well they were still able to entertain us through Twitter. Here are some of our favorite reactions that range from what some say is the worst play call in Super Bowl history to Katy Perry’s halftime show:

Keegan wins it. Congrats to the Patriots. Was a great game. pic.twitter.com/2YZt4EtaPt

I feel you, Richard pic.twitter.com/oxgxa4KVF6

I’m so glad I get I witness greatness live…. Go tb

That was awesome!! He wanted it more!!! Game over!!

I don’t think Seattle made any new fans after this super bowl. You can’t deny the Pats greatness.

My respect for Russell Wilson grows every time I watch him play and speak after games. The epitome of a leader on and off the field.

Patriots are the Champs! Congrats to everybody involved in the Patriots organization! Heck of a job! @Patriots #champs

Watching Kurt Warner walk up with the Super Bowl reminds me of why Stanley Cup celebrations are the best!! #hoistthecup

I didn’t care who won the game but I must say I enjoyed seeing the look on Sherman’s face after that last pick.

Still love my @Seahawks Much respect to Tom Brady. But feels like we lost that one. #toughtoswallow

Awesome game. Go pats! Thanks to Barracuda for a master card moment pic.twitter.com/JeTfv9w5Mc

The best running back in football on the 1 yard line and you don’t run the ball?!?! #SleeplessInSeattles

Way to keep it classy Seahawks. No such thing when Pete Carroll is involved.

So happy for Brady. Awesome player

What a game!! Congrats Patriots and Tom Brady!!

The #Seahawks over thought that play…why not go to #BeastMode?!?!

Is anyone else still wondering where that huge lion Katy Perry was riding went? #magic

Katy Perry winning over fans big time. She has unique appeal to pretty much every type of fan.

Hahaha I think Joshua has a little crush on @katyperry pic.twitter.com/qAOOfGMoVb

All 6 Super Bowls the #Patriots have played in with Brady & Belichick have been decided by 4 points or fewer. That is an insane stat. #SB49

Proud to say that Bill Belichick is a fellow @phillipsacademy alum. Watched him give a speech at an all school meeting 1 Wed morning in ’01

Wowwww. Unbelievable end to this one