Golfer Arrested For Killing Dog During Round 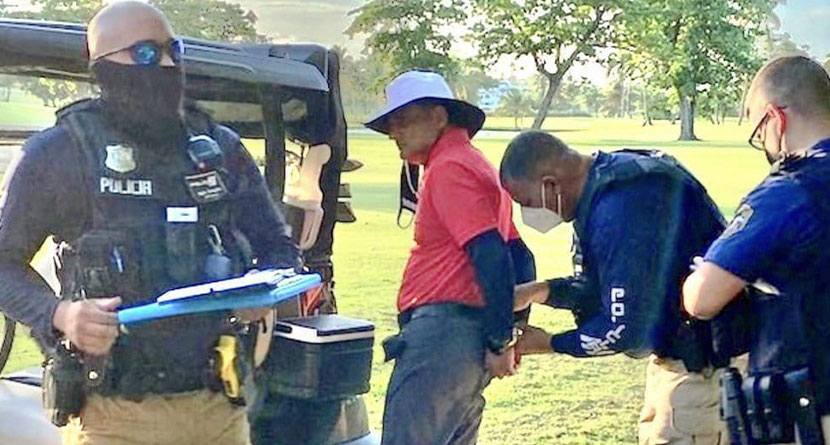 A frustrated golfer found himself in handcuffs and facing stiff penalties after allegedly shooting and killing a stray dog during a round of golf on Saturday, May 8.

According to the Associated Press, Salil A. Zaveri is facing animal cruelty and firearm charges in connection with the shooting of the mixed breed stray at the Wyndham Grand Rio Mar Resort in Puerto Rico.

“Allegedly he was (playing) hole number 11, and for some reason, there was a dog around the hole and when he was hitting the golf ball the dog probably thought it was something for play and took the ball,” Puerto Rico Police agent Edward Ramirez said. “The witness said the dog took the ball before it went into the cup.”

Based on witnesses accounts, Zaveri shot the dog three times.

“Based on what witnesses said, he allegedly shot the dog once and then went back and shot it twice,” Ramirez says. “And then after he shot the dog, he continued his game and some of the people who were around called the police and he was arrested.”

Zaveri, who lives in Puerto Rico, was charged and released on $60,000 bond. Police said they took his passport and drivers license.

The Associated Press reported that Zaveri is the CEO of Zaveri Consulting, LLC, a company promising on its website to help businesses “increase sales and profits.”

He is scheduled for a hearing on May 19.