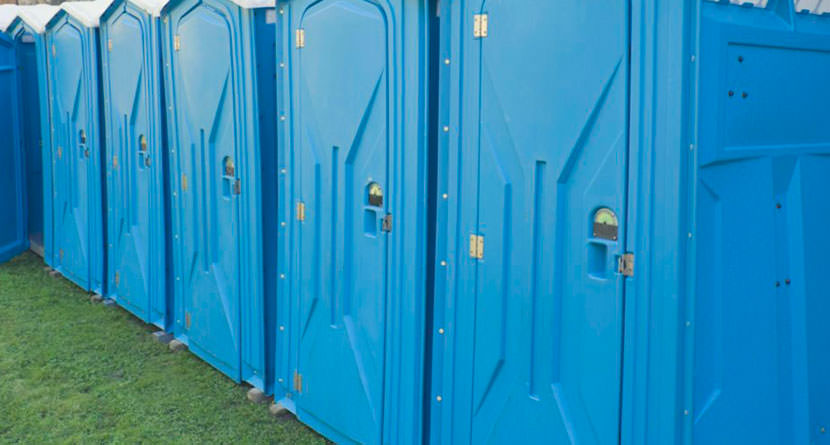 Sometimes golf can stink, but this story gives that phrase a whole new meaning. Enjoying a round of golf at the Fox Run Golf Links this past summer, Brian Berg claims in a recently filed lawsuit that he was struck by a forklift hauling a Porta-Potty while he watched an iron shot approach the green.

Berg is suing the course and the employee who struck him.

NBC Chicago had the full report of the bizarre incident.

Brian Berg was watching his 6-iron shot from the fairway to the front of the seventh hole green at Fox Run Golf Links when his round took a turn for the worse on Aug. 11, according to a lawsuit he filed Wednesday in Cook County Circuit Court.

A course employee had taken the forklift off the golf cart path and was driving “blind” as a portable toilet “completely obscured his view,” and hit Berg from behind, the suit says.

After he was knocked to the ground by the porta-potty’s “initial blow,” it did not stop, hitting him in the face and knocking him unconscious, the suit says. It injured his shoulder, cut his chin, cracked a rib, bruised a bicep and caused “a large, deep bruise to his leg.”

Berg is suing the Elk Grove Park District, which owns and operates Fox Run, and the employee who was driving the forklift. Officials did not immediately respond to requests for comment Wednesday evening.

The worker was driving “with complete and utter indifference to the probability that a golfer would be in the path of a porta-potty,” according to the negligence suit, which claims the course “uses unsafe means and methods of transporting toilets.”