Golfer Bites Off Playing Partner’s Nose After Round 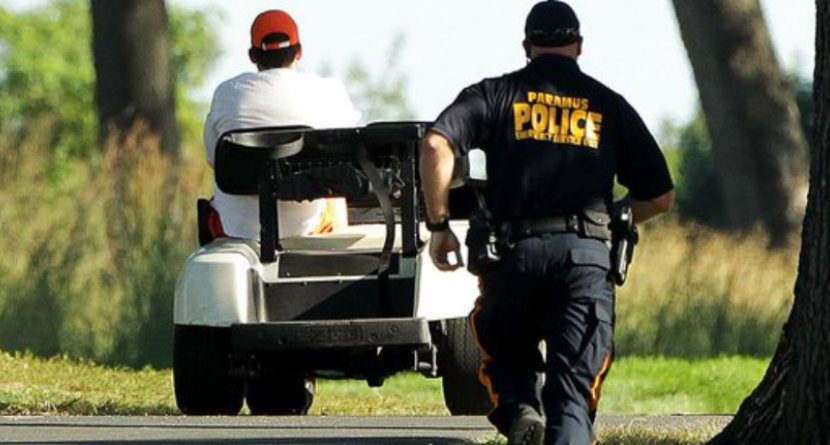 In golf, we see a lot of tension — and occasionally animosity — when it comes to whether or not one should concede short putts.

In team events like the Ryder Cup and Presidents Cup, players will put their putter on the green or give a side eye to the other players if they feel that they have made them putt out something that they shouldn’t have to.

However, in Biloxi, Mississippi, one player took it a little bit further.


Mark Wells of Biloxi bit off his playing partner’s nose in an altercation at a casino after arguing about allegedly a putt that wasn’t conceded in a “friendly” match at the Bridges Golf Course earlier in the day.

Mississippi golfer bites off playing partner’s nose during fight over their match https://t.co/zIPXIT6yhH

“The argument continued throughout the day amongst several of the golf participants until it culminated in the casino parking lot,” police said. “Mark Wells fled the scene in a dark-colored Tesla.”

Wells was arrested two days later but was released just an hour later after paying 10 percent of his $50,000 bail.

Wells was charged with felony mayhem.

According to police, when they arrived at the casino, they found an unnamed victim with a “disfiguring facial injury” because, well, his nose was no longer attached. The nose was not found at the scene, which feels pretty important.

The investigation is ongoing but if found guilty, Wells could be facing up to seven years in prison, according to the Biloxi Sun Herald.