Golfer Hospitalized After Being Attacked With A Putter 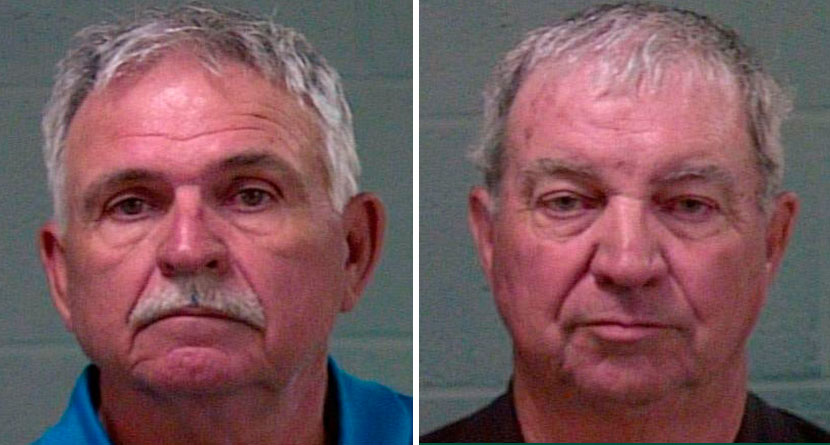 The issue of slow play can be a touchy subject, and last weekend at KickingBird Golf Club in Edmond, Oklahoma a golfer’s request to play through a foursome was met with an argument and alleged assault.

A 55-year-old golfer playing as a single requested to play through a foursome of men that included 67-year-old Eddie Aday, 72-year-old William Hickman and two others. Aday, who also volunteers at KickingBird, informed the single that he worked at the course, to which the single replied that he didn’t care.


“One of them is a volunteer at the golf course for us,”Jenny Wagnon, an Edmond Police Department spokeswoman, said. “He approached the single player, they got into an argument.”

The argument escalated to the point that the single and Aday were “nose to nose,” according to reports from television station KFOR. The golfer who requested to play through stepped back from the altercation because he’s been diagnosed as a paranoid schizophrenic who gets anxious when others enter his personal space. Even still, the argument escalated.

Aday allegedly again closed the gap between the two men, which resulted in the single pushing Aday away.

“It escalated to the point that the victim was being hit in the head with a putter and the top of his head and the front of the head,” Wagon said. “Then another member of that foursome (Hickman) hit him from behind.”

A single player asked a foursome to play through…and then things took a turn for the worse. https://t.co/SDp27c09Lz

Other members of the foursome stepped in to stop the fight and corroborated the victims telling of the events despite both Aday and Hickman arguing that the victim initiated the attack.

The single was taken to a local hospital where he received three staples and 10 stitches in his head. Both Aday and Hickman have been charged with assault and battery with a dangerous weapon.