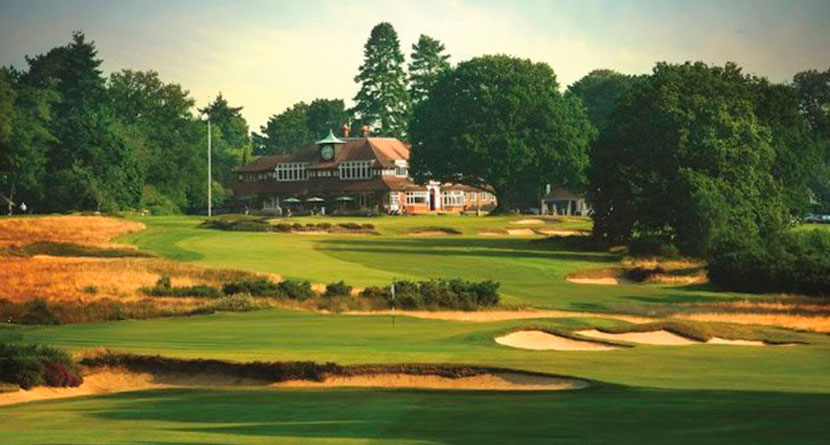 You can file this story under “First World Problems.”

A retired Australian lawyer is suing Sunningdale Golf Club, one of the most exclusive and expensive golf clubs in the world, for revoking his membership because the club said he played too often.

John Cawood, 72, is suing the club for damages and to reinstate his membership, according to The UK Times.

The club, which reportedly charges $77,000 to join, received complaints from its members that Cawood was overstaying his welcome during his three-month holidays in the United Kingdom. As a result of the grumbling, Cawood’s discounted overseas membership of $1,500 per year was raised to the normal rate of $5,000, which raised the Aussie’s ire.

A golfer is taking legal action against Sunningdale Golf Club because it revoked his cheaper international membership because he was playing more than 30 rounds a year, leading to complaints from members who were paying the full domestic price https://t.co/81kbc6zKiq

“The club has a perceived idea that I play regularly over 30 times, but it’s not true,” Cawood said in court Tuesday. “The last time I played over 30 rounds was in 2006, and I paid a pro-rata rate per game.”

Concerns about Cawood’s extensive play originated in 2011, some 14 years after he originally joined the club. It was raised again in 2014, suggesting that Cawood pay full membership dues considering the amount of golf he played on the top-rated course that counts the likes of Sean Connery and Hugh Grant among its membership.

Ultimately, Cawood had his membership revoked in 2015 after Cawood was said to have spent more than 11 months in the U.K. that year. Cawood rebuffed the claim saying he was only in the country for that long because his partner, a British citizen, was there to tend to her parents who had fallen ill.

The case is ongoing.