Golfer Shooting For Love on ‘The Bachelorette’ 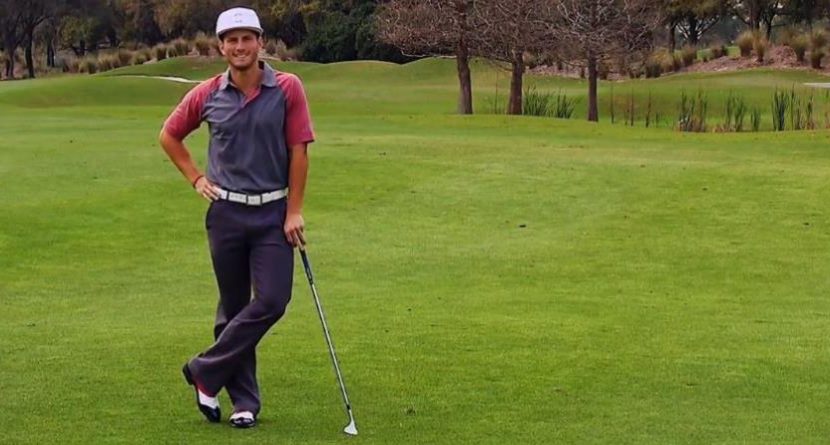 “The Bachelorette” began its 10th season on Monday. Yeah, we didn’t know either until we were told a pro golfer is among the throng of bachelors.

His name is Nick Sutter, he’s 27 and from Chicago but living in Kissimmee, Fla. Exactly which pro golf tour he is a part of we’re not sure, but he did play college soccer at the University of Indiana, which he lists as his “greatest achievement to date.”

Also a remarkable accomplishment is the amount of crazy effects on his Instagram golf photos:

And fashion is really important to him. “If I know I look good, it gives me more confidence when I’m out on the course.”

So naturally, Nick used golf as his shtick to stick out in Andi Dorfman’s mind:

Not that you needed an excuse to watch “The Bachelorette” – any show that’s been on for 10 seasons must be good, right? – but now you have one.

Other Hot Links:
– The Fringe: Harry Styles Hits The Links & When Lightning Strikes
– Rory McIlroy Breaks Off Engagement to Caroline Wozniacki
– 5 Things You Need to Know: Crowne Plaza Invitational
– Bubba Watson Gets His General Lee Back
– Kevin Durant Loves Him Some Dufner, Even After Blowout Loss