Should A Golfer’s Back-To-Back Aces On Raised Cups Count? 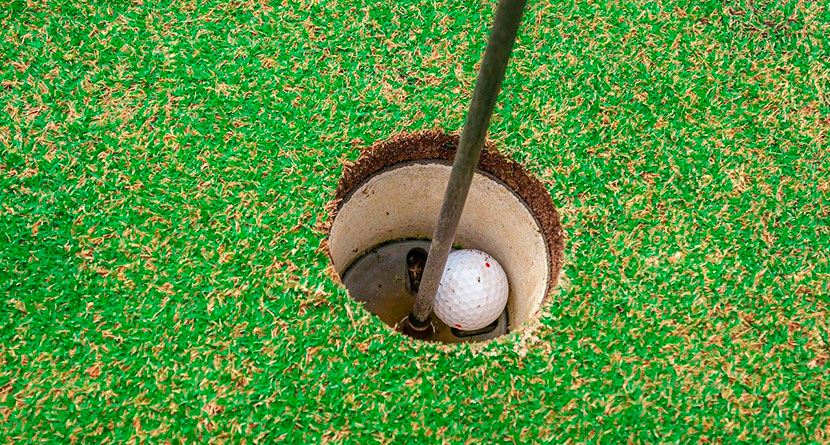 These are strange times in which we live, but they are not lawless ones, therefore a ruling must be made concerning a Florida golfer.

Kathie Gregorich of the Village of Summerhill, a neighborhood in The Villages, Florida made her first hole-in-one on Saturday, April 18 at the El Santiago Executive Golf Course on the first hole. Then she did something even crazier – she made another ace on the next hole.

The odds of two holes-in-one during the same round? Roughly 67 million-to-1, according to the National Hole-In-One Registry.


Unfortunately for Gregorich, her pair of aces have drawn the ire of some hole-in-one truthers on the internet for two reasons.

First, and least controversial, is that her aces came on an executive golf course. For some, that’s a deal-breaker; for others, an ace is an ace.

Secondly — and something only someone lucky enough to be playing golf during the pandemic is fortunate enough to consider — is that her aces came on a course with raised cups, a safety measure many courses are putting into effect to combat common touchpoints on the course.

This is where golfers are playing judge and jury. The USGA made an adjustment to handicap procedures during COVID-19, saying “a temporary measure is in place within the United States to accept scores played under conditions” that include playing with modified cups.

Gregorich’s aces appear to have come on holes that are not only raised above the surface but also appear larger than typical hole liners. Writer Mark Harris made a swift and direct ruling: no ace.

This woman claiming to have made back-to-back holes-in-one with raised cups is disrespecting the game of golf. https://t.co/rGbOpJhtwv

“This does not count as a hole-in-one,” he wrote. “I’m sorry, mam, but your ball never fell into the hole, you essentially hit the flagstick and that’s literally it. Hats off to hitting two great shots in a row, but how dare you?”

Perhaps Harris’ hard-line stance had something to do with being robbed of his own ace a few days prior.

A noodle in the hole may have just cost me a hole in one.

This is a tough one. Sure, it’s considered “holed” by USGA handicapping’s temporary standards, but is it really an ace?

On the bright side, at worst, she started the round birdie-birdie.

What do you think of aces made during the pandemic with unusual hole-out procedures — does it count or not? Let us know in the comments below.