Golfers Brawl On The Course Over Slow Play 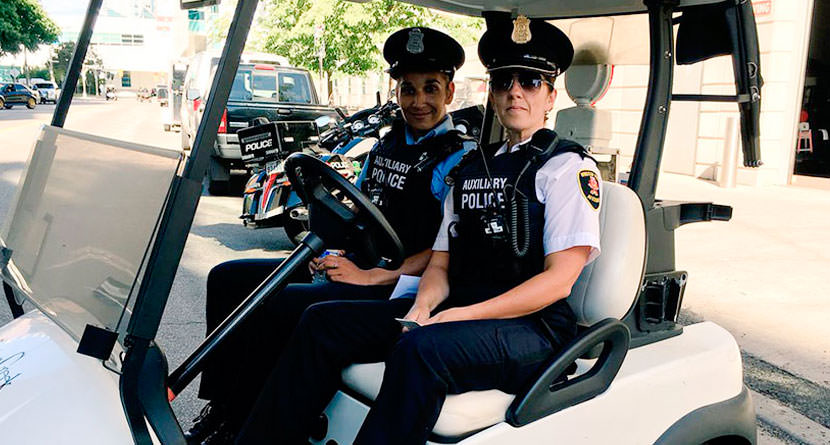 There’s no question that slow play is a major issue in both recreational and professional golf, but a story coming out of Staffordshire, United Kingdom should serve as a reminder that golf is just a game and fists and weapons need not be used on the course.

According to a report from Birmingham Live, two foursomes of men needed police to break up a brawl at Greenway Hall Golf Club on April 20 that escalated over an argument over slow play. Police officers were called to the course and raced out to the scene in carts to break up the fight.

Brawl breaks out on golf course over slow play – and police use buggies to catch suspects https://t.co/wM4Vz6oKvM

“Our officers used their initiative and utilized two golf buggies when they were called to reports of an incident at the golf course,” a Staffordshire Police spokesman said. “The officers responded to a report of an alleged assault at Greenway Hall Golf Club at around 1: 55 p.m. on Friday. On arrival, the officers used two golf buggies to quickly get to the location on the course.

“Four men were arrested at the scene on suspicion of assault. Following inquiries, they were later released without further action. A man was treated at the scene for minor injuries.”

The police report said that weapons were involved and “bones had been broken” in the brawl. That didn’t stop Chief Inspector John Owen, commander of Stoke-on-Trent North from using a well-placed golf pun in his praise of his officers.

“I’m very proud of my officers,” he said. “They’ve used initiative, gone to a fight — as we always do — outnumbered, and have resolved it resulting in peace and order. Hole in one I’d say!”