Golfers Hit Speeds of 150 MPH at Cadillac Challenge for Charity 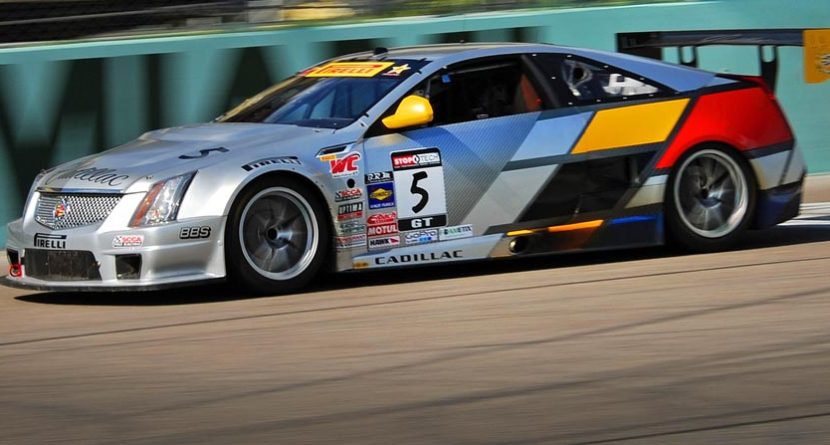 Prior to playing the WGC-Cadillac Championship this week, golfers flew over to Homestead Speedway to take the Cadillac V-Series Challenge for Charity. They competed in various challenges on the track, such as slaloms and drag races, reaching speeds more than 150 mph, in order to earn points for their charity.

Hunter Mahan took a ride to Homestead in the Trump helicopter with Make-A-Wish recipient Jack on Wednesday. The Cadillac Championship shared photos of Mahan and Jack in the chopper and suited up in racing gear, preparing to take the Cadillac Challenge.

Mahan wasn’t the only golfer to take part in the challenge. Graham DeLaet also flew over to Homestead to race around the track.

About to jump on this bad boy and head to Homestead Miami Speedway and race Cadillacs around the track. #outforarip pic.twitter.com/ALKnOKCacT

Racing a car is risky business, never mind the day before a golf tournament. Apparently, Graham’s mother wouldn’t have been too happy with his actions. “Don’t tell my mom I was doing that before a tournament,” DeLaet posted on Instagram after cruising at a smooth 150 mph.

DeLaet also tweeted a photo of himself and race car driver Andy Pilgrim, who’s been racing around the world for more than 25 years.

Driving golf balls might be Mahan’s and DeLaet’s strong suit, but driving Cadillacs for charity would have to be a close second. Since its creation, the Cadillac Challenge has raised more than $10 million for charities. Last year, Louis Oosthuizen came in first among golfers and second overall, beating out Charl Schwartzel and John Huh among others. For coming in second, Oosthuizen raised $8,000 for the Driving for a Cause Foundation, a local charity in the Miami area.