Golfers Not The Only Ones Reviving Jerky Industry 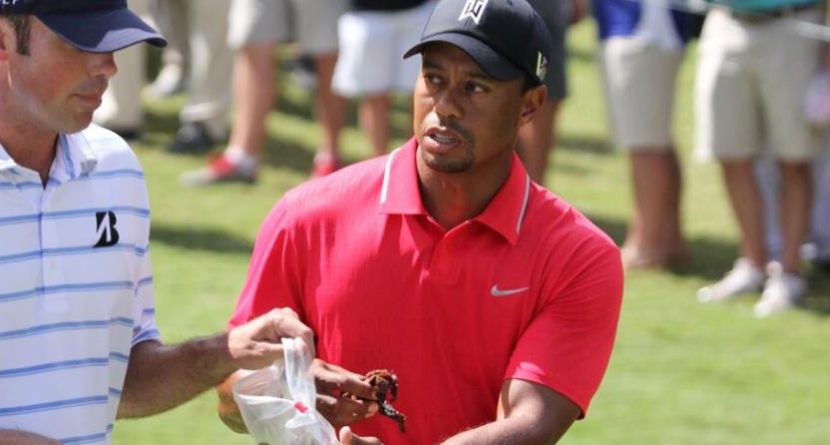 Professional golfers always need snacks. They can’t stop at the grill when they make the turn like us weekend hacks, nor do they have the benefit of a cart girl delivering goodies.

And with so many pros focused on staying fit, they want some healthy snacks. No potato chips. No candy. Full of protein, jerky seems to be one of the most popular choices.

But golfers aren’t the only ones opting for more substance. According to the Huffington Post, “the hottest snack in America right now is gourmet dehydrated meat.”

Meat snacks are selling like hot cakes these days. From 2009 through last month, sales in this category jumped from $1.58 billion to almost $2.5 billion. That’s a much quicker pace than for traditional eats like chips, candy or nuts.

Frey chalks up the growth to more health-conscious Americans who are learning the benefits of more protein. People also replacing meals with snacks, so they desire something a little more filling than candy or chips.

That’s exactly why golfers gobble it up, and the stuff of choice remains Kingmade Jerky, which was started by PGA Tour caddie Jeff King. He first introduced players to his homemade concoction in 2012 when he was on the bag for Vaughn Taylor, and kept it coming as he caddied for Luke List in 2013 and Derek Ernst last season.

So is Tiger Woods:

Primarily what sets Kingmade Jerky apart is King’s choice of meat. He uses flank steak while most jerky comes from top round, which is naturally pretty tough. The buffalo jerky contains just 50 calories per ounce, the classic only 60 calories, and the sweet chili has 70 per serving.

“When I first started making it, I wanted to make something that was better than in the gas station,” King told USA Today. “Anytime I stopped in a gas station and I saw a beef jerky I had never seen before, I bought it. And it was always the same — cardboard. It just wasn’t good.

“So I tried to make a better quality of jerky.”

He succeeded and is part of the jerky sensation sweeping the nation. Kingmade Jerky is currently offering free shipping if you order from KingmadeJerky.com, or it can also be found at stores such as Wal-Mart and BevMo.