Golfers Return to America and the Comfort of Fast Food 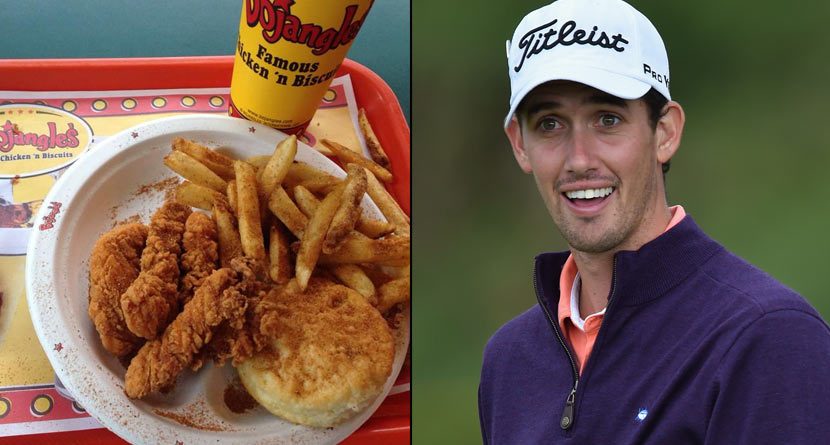 Now that Rory McIlroy has hoisted the claret jug and captured leg No. 3 of the career grand slam at the Open Championship, players are returning from England. With most players across the pond for at least two weeks, they come back needing to readjust to the time change and fighting jet lag.

They’ve been disconnected for far too long from all the things that make America great. Things like fireworks, Bojangles, liberty, Chick-Fil-A, four-lane highways, Chipotle, drive-thru liquor stores, and double-bacon cheeseburgers — things that aren’t readily available anywhere else in the world. So it’s no wonder they were all craving fast food.

Chesson Hadley was having Bojangles withdrawals …

Good to be having @Bojangles1977 again. Was having withdrawals over in England. #4piecesupremes pic.twitter.com/TJzqicsFlg

… and Billy Horschel was craving Chipotle:

Back home and first meal I have is Chipotle! Love it!!! #doublesteakburrito #please pic.twitter.com/2y00vhegC3

… and 2007 Masters champion Zach Johnson went directly to Five Guys to pig out:

Back in the best country in the world…first meal. Keeping it American… pic.twitter.com/2HrrXlQvwT

With all of this goodness awaiting their return, it’s no surprise most of these guys just piled in the good stuff at the airport between flights. I would. I mean, there’s only so many plates of fish and chips or haggis that you can eat once you’ve had a chicken biscuit, double-bacon cheeseburger or a double-streak burrito. And besides, who knows where that newspaper they put the fish in has been? I don’t want to eat off that.

As someone who lives in New England — which might as well be another country when it comes to fast food — I can commiserate with these guys. I haven’t had Bojangles since April and the promise of a chicken biscuit for breakfast could woo me into doing just about anything.