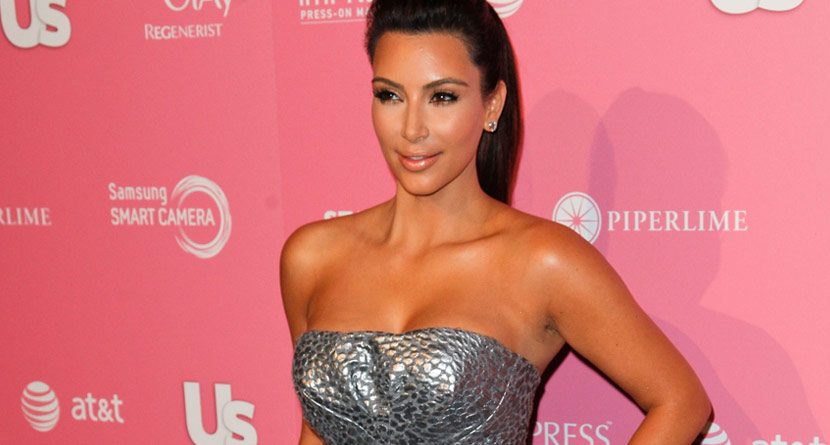 Olympic swimmer Ryan Lochte made headlines over the summer when he was billed as a possible threat to Michael Phelps’ reign atop the swimming world. Well, now he has a reality show set to launch on E! called “What Would Ryan Lochte Do?”

But the newly “famous” athlete plans on taking his public image a step further. He recently told the Hollywood Reporter that he wants to follow in the footsteps of Kim Kardashian claiming that she, like him, made something out of nothing.

Lochte definitely has a point here. Based on all the hype going into the London Olympics, he was a big time disappointment — although he did win five medals (two gold) to Phelps’ six (four gold).

Swimming may not be our forte, but we certainly know some golfers that are “famous” not necessarily for their success on the course, but rather for — well, that’s not quite clear.

Michelle Wie: When she burst on to the professional scene as a 16-year-old sensation, the expectations for Wie were set extremely high. Granted, she has won twice on the LPGA Tour since turning pro seven years ago, but she has been a ghost on Tour in the last few years.

In 2007, Wie ranked No. 4 on Forbes list of the Top 20 Earners Under 25 with an annual income of $19 million thanks to a lucrative endorsement deal with Nike. Being just 23 now, there is still plenty of time for her to turn things around, but Wie is going to have to do a lot of improving if she plans on living up to all the hype.

John Daly: Perhaps one of the most beloved players in PGA Tour history, the king of the long ball is most famous for his 1991 PGA Championship victory where he only qualified because Nick Price withdrew.

Known for his partying and carefree lifestyle, Daly has only registered five victories in his career, though two of them have been majors. Who could ever forget the 1995 Open Championship victory over Constantino Rocca: At least Daly will always have that win to think back on over a couple beverages:

The long hitter is still making his way around the Tour, sporting his always electric Loudmouth clothing line, but his best years are clearly behind him.

Boo Weekley: Who could ever forget the performance Boo put on at the 2008 Ryder Cup?

Riding the bull down the first fairway Happy Gilmore-style. Spraying the fans with champagne after the Cup was won. The 2008 Ryder Cup was the official coming-out party for Boo. But with only two career wins on Tour, Weekley has all but disappeared from the spotlight in the last few years despite a strong Sunday finish at the 2013 Tampa Bay Championship. While 2008 will live forever in everyone’s mind, we can only hope that Boo can put it all together and rise closer to the top of the golf world.

Natalie Gulbis: Most likely better known for her looks and the fact that she once dated Dustin Johnson, Gulbis has managed to win just one time in her career on the LPGA Tour. Not that anyone’s complaining about seeing her on the course doing her thing, but a more successful second half of her career would be nice to see out of Natalie. At just 30 years old, Gulbis still has plenty of time to make a run on Tour and the potential is definitely there, considering she has registered a top-10 finish in all four majors throughout her career.

Camilo Villegas: A similar case to that of Michelle Wie, Villegas was in the public eye at a young age. He fit the bill of an up-and-coming player who was not only a great golfer, but a very fit one. Well known for his love of riding bikes and practicing yoga, Camillo’s playing career has resulted in just three wins on the PGA Tour. He has notched a top-15 result in all the majors at one time or another, but he has yet to live up to the hype that surrounds him.