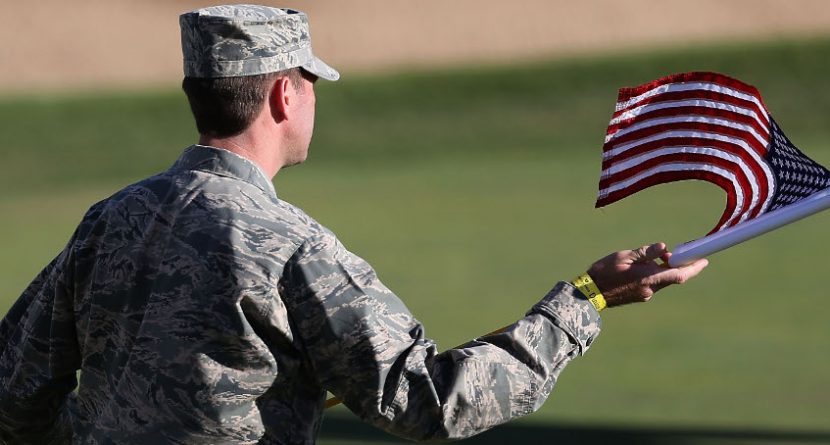 You’ve may have heard of army golf — left, right, left, right. But you probably didn’t know about golf’s role in some of the world’s most significant wars.

Golf weakened the Scottish military (supposedly)
These days we think of golf and the military as being intertwined — army generals play on their days off and President Obama regularly hits the links, so much so that it upsets many. But it wasn’t always that way.

In the 1400s, as the Scottish military was readying itself for an inevitable English invasion, the Scots were playing golf just a little too much, letting their archery skills fall to the wayside. Scottish parliament outlawed golf in 1457, which is kind of like blocking Facebook at the office. (You can block it, companies of America, but you can’t make me work!) Needless to say, the ban failed and Scottish soldiers and civilians continued whacking the ball around.

Golf helped create the CIA
When Rory McIlroy strode down the 18th at Congressional Country Club in 2011 as the new U.S. Open champion, he was firmly in the world’s spotlight. But during World War II, the people who hung out at Congressional preferred to stay in the shadows.

In 1943, the Office of Strategic Services (OSS) — the precursor to today’s CIA and Special Forces — leased the club as a training ground for spies and commandos. Recruits refined their marksmanship on the driving range, practiced throwing grenades into sand traps, and detonated mortars on the club’s finely manicured greens. And while the newbies lived in tents in the deep rough, the officers bunked up in Congressional’s ornate clubhouse. The OSS stayed at the course for just two years, but without this unique training ground borrowed from golf, we might never have today’s elite military and paramilitary forces.

Golfers fought in the trenches
A surprising number of legendary golfers have served in uniform, even seeing action at key battles. At age 40, his golf exploits long behind him, Bobby Jones served as a captain in the U.S. Army Air Corps during World War II and landed at Normandy on D-Day plus one.

Hall of Famer Lloyd Mangrum was wounded at the Battle of the Bulge and received two Purple Hearts, while Ben Hogan and Sam Snead also joined the service during the prime of their golf careers. Lee Trevino served as a machine gunner in the U.S. Marine Corps for four years, then returned to take on the pro tours.

In an era where sacrifice means only getting one hot dog instead of two at the halfway house, it’s remarkable to think of what these golfers were willing to give for their country.

Golf kept stress levels down in Korea
Featuring an elevated tee and a length of 192 yards, the signature hole at Camp Bonifas has challenged golfers for decades. But here’s the catch: It’s the signature hole because it’s the only hole, and it’s challenging because it’s surrounded by minefields in the demilitarized zone between North and South Korea.

In its heyday, the hole offered soldiers some brief moments of leisure in an otherwise intense environment (there is technically only a ceasefire at the border, not a peace agreement). Something tells me golf doesn’t seem so life-and-death when you’re playing next to actual artillery.