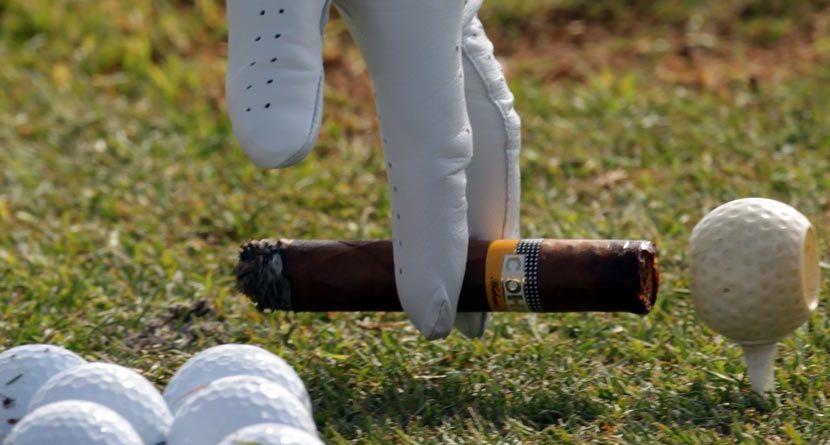 Golf is the sport of gentlemen—but it’s also a game for made men. Here are some surprisingly ties between the links and La Cosa Nostra.

When the Idlewild Golf Course closed in 1943, it was a disappointment for Queens-area golfers, but a huge boon for the local mob. The course was leveled to create Idlewild Airport (now known as JFK International), which became the Mafia’s piggy bank—with $30 billion in cargo just waiting to be stolen every year.

In 1967, Henry Hill and other members of the Lucchese family (immortalized in the film “Goodfellas”) nabbed over $400,000 from an Air France cargo terminal at the airport. In 1978, they topped themselves with a heist of over $5 million (nearly $18 million in today’s money) from the Lufthansa Airlines vault. Another mobster who liked to hijack trucks at the former golf links? John Gotti, later to become the “Teflon Don.” Without the metamorphosis of Idlewild Golf Course into a treasure-rich airport, some of America’s most famous gangsters may have never risen so quickly.

If you think some of the slow-playing jokers at your local muni are bad, you should’ve played behind Al Capone back in the 1920s. The mobster loved the game but didn’t take it very seriously, drinking to excess and placing huge bets throughout the round. And that was before he got to the greens, where Capone and his crew would throw their pistols aside (they played while fully armed) and have wrestling matches on the putting surface. Historians are unclear if Capone ever forced Chicago-area courses to pay protection money—although given the wrestling matches, I’m sure it was Capone’s playing partners who needed protecting.

When police attention heats up, wiseguys have to get out of town—and for 1920s Chicago bootlegger Joseph Saltis, that meant a golf getaway. This one-time Capone associate (named a “public enemy” by the city government) built a private escape on Barker Lake in northern Wisconsin that included a lodge and 9-hole golf course.

After Saltis attempted to forge alliances with North Side bosses Hymie Weiss and Bugs Moran, their rival Capone killed most of his crew and wiped out his operation. Saltis retired from his life of crime and moved permanently to Barker Lake—a golf course that’s now open to the public.

Golf gave mobsters a break from the FBI

When people allege that John F. Kennedy stole the 1960 presidential election with the help of “the Mob,” they basically mean Sam Giancana. Head of the Chicago Outfit from 1957 to 1966, Giancana was one of the most powerful gangsters in the country, with his hand in Illinois politics and numerous criminal enterprises. But his true passion was golf.

Giancana traveled extensively to play, from rounds in Vegas with Frank Sinatra to family vacations at Banff Springs in Alberta. He even inserted a golf clause into his lawsuit against the FBI in 1964. Arguing that the bureau was violating his civil rights through extensive surveillance, he got the court to issue an injunction “directing that at least one foursome intervene between plaintiff and FBI agents when [Giancana] plays golf.”

Hey Tiger Woods, next time you complain about media attention—remember, it could be worse.