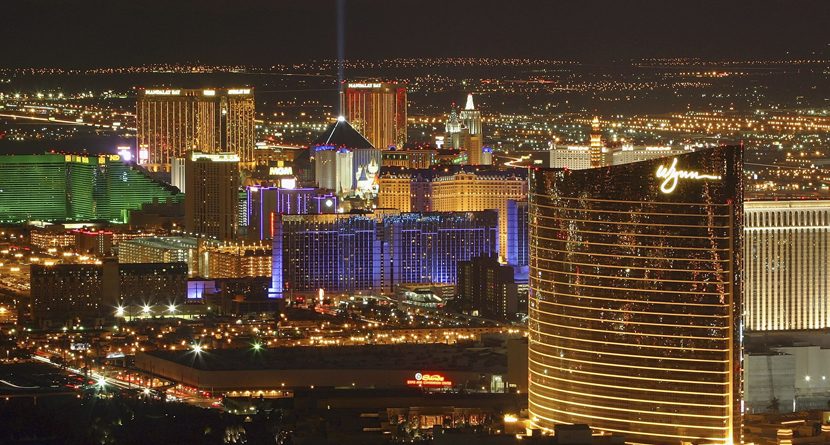 Think Vegas is driven only by cold, hard cash? You’re right. But golf plays a huge role, too.

In the words of professional poker player Daniel Negreanu, “If hustling’s in your blood, it’s in your blood.” So it’s no surprise that the world’s greatest card players take their hustle to the course frequently—with ridiculously high stakes, no less. Englishman Ram Vaswani recently paid out over $900,000 to fellow card shark Phil Ivey after an intense match, and Negreanu and friends routinely play for similar stakes. In 2007, he helped launch the High Stakes Golf Tour, a series of events that involved players each putting up $1 million of their own money at every tournament. What’s especially entertaining is that these poker players aren’t especially good at golf—most are 20-handicappers at best. But when you’re standing over a 5-footer worth $9 million, it doesn’t matter what your handicap is.

Golf brings in the big spenders

Today, every high-end Vegas casino can offer comped meals, extravagant suites and extra perks to its high rollers. But only MGM Resorts have the trump card: the ultra-exclusive Shadow Creek golf course. To play it, you have to be a resort guest and be willing to spend $500 per round. When the course opened in 1989, owner Steve Wynn insisted that groups tee off one hour apart so golfers would have the utmost privacy. And while that restriction has been lifted, the track still only sees a few dozen rounds per day. After Wynn built his own namesake hotel in 2005, the Wynn Las Vegas, he followed the same strategy and added Wynn Country Club, the only golf course on the strip—keeping the high-rollers within arm’s reach of his casino.

Give a group of fierce competitors more money than they know what to do with, and obviously they’ll start gambling. According to Vanity Fair, in Tiger Woods’ pre-scandal days, he’d regularly hit up casinos with Michael Jordan and Charles Barkley and wager $25,000 per hand at the blackjack tables. Blackjack is also apparently the favored game of three-time tour winner Anthony Kim. He visited the Bellagio in 2010, where according to a local paper, his “salty language and screaming was so bad that Kim was asked to tone it down by Bellagio management.”

In the early days of Sin City, travelers weren’t sure what to expect out of the desert town. Was it overrun by mobsters? Was it engulfed in a constant dust storm? So when bootlegger and casino owner Moe Dalitz held the first Tournament of Champions golf event in 1953, he went to great lengths to make sure the city looked incredible. He invited Hollywood stars to play, sold TV rights and hired scantily clad actresses and models to line the fairways. The tournament helped create a sexy image for Vegas in the minds of the American public. It also helped spawn latter-day PGA Tour events in Las Vegas—although today there are considerably fewer groupies.