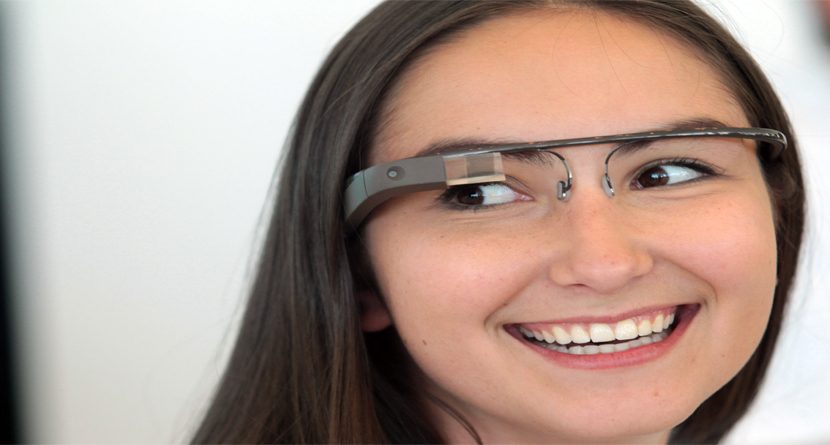 As if everyone staring at their smart phones hasn’t already destroyed human-to-human interaction, Google’s plan to release the “Glass” smart glasses is one step closer to a robot takeover.

According to a video released by Google this week, Glass users (wearers?) will need to initiate contact by saying, “Okay, Glass,” and then give a command. In theory, having something even more efficient than a handheld phone sounds pretty cool but, the thought of millions of people talking to themselves all day is downright terrifying.

Naturally, my thoughts after seeing this video were how this product could potentially affect the golf world.

In just the last five years or so, there has been a huge increase in the amount of technology being used by golfers. First, it was simply the rangefinder. Then, it was the rangefinder on the smart phone. Is Google Glass the next step in the golf technology world? I can think of a few ways golfers could utilize this new product.

Every golfer’s worst nightmare is reading putts. Putting is not only the most difficult aspect of golf, but also the most crucial. John Merrick is a perfect example of a guy who could have been winning tournaments for years now if he could gain strokes putting.

Well, imagine if your new Google Glass could read the perfect line for you?

“Mike, this putt breaks 1 foot, 3 inches from right to left.”

Brilliant. And even further, Glass could read the speed of the putt by placing a little dot on the green and telling you to “hit the ball at a speed that will stop at this spot.” If this were to happen successfully, Google Glass could be responsible the most lowered handicaps in the history of golf.

One of my main focuses as a player is picking out a target. By standing behind the ball and picking out a leave on a tree or a a bush behind the green, having a target is a critical aspect of shot-making. What if you could tell Glass to pick out the perfect spot to aim at? “Okay, Glass, pick out a target that will lead to the best possible shot.”

Now, the hardest part of all this is actually hitting the shot but, having the optimal target picked out for you prior to your address could definitely add some confidence to your game.

Is there anything worse than hitting a flush 8-iron out of the rough that flies 10 yards over because you caught a flier? This could all be fixed if you had Glass on to tell you what kind of lie in which your ball sits. Fliers, tight lies, and buried in the rough could all be put into a percentage of how much to club up or down depending on how your ball is lying.

I admittedly stole this idea from EA Sports’  Tiger Woods PGA Tour Golf series. In the game, you can look at your lie and based on how it sits, the percentage needed of the club in your hand is determined. If this was brought into real life, it could be the end of those nasty fliers as we know it.

After a miserable start to a round, a beverage might be the only thing that cures the pain. One of the biggest issues with cart girls is the unpredictability of where they are and when you’ll see them again. If you could call them with your Glass and get them at your service as soon as possible, perhaps a terrible start could be turned around.