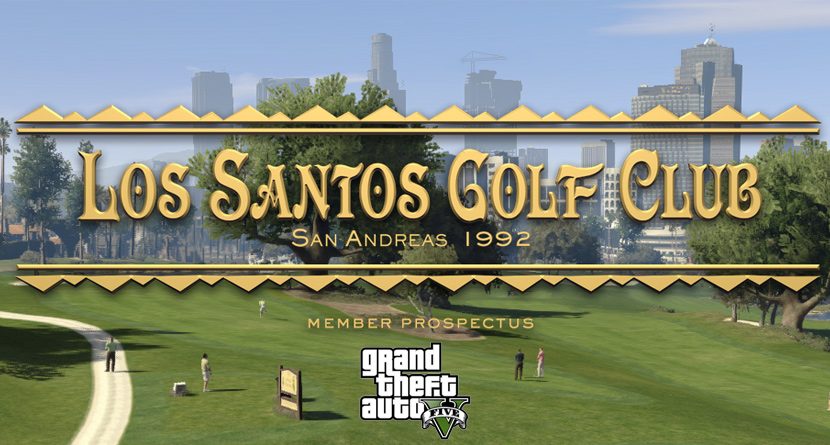 Just five short days remain until the much-anticipated Sept. 17 release of “Grand Theft Auto 5,” the biggest and greatest action-adventure offering yet. To feed the excitement, a leaked map made its way into the viral world of the internet on Wednesday.

Gamers now know the virtual setting they will be inhabiting in the very near future: Los Santos, a city based on the designs of Los Angeles. Well, at least they think they do. The franchise’s developer, Rockstar Games, denies having anything to do with that particular map or its authenticity.

But we’re going with it. And of course, our eyes were drawn to the Los Santos Golf Club. GTA 5 is expected to feature a legitimate golf game inside the overall experience – like almost on the scale of a Tiger Woods video game. We’re thankful this is being released on a Tuesday; that gives us two full days (outside of work hours, of course) to get our fill before the real-life PGA Tour finale tees off next Thursday. Still, we may be a little weary while watching the Tour Championship in Atlanta.

And if you’re eager – we know you are – to catch a glimpse of this exclusive club, Rockstar recently uploaded some new images to its website. Everyone will want to be a member of the Los Santos  Golf Club, where you can feel like a VIP: “If you are too lazy or can’t find a manservant to carry your luggage, then drive around in a tiny electric car, despite the fact that you would never be caught dead in a hybrid otherwise.”

More images from the golf game: