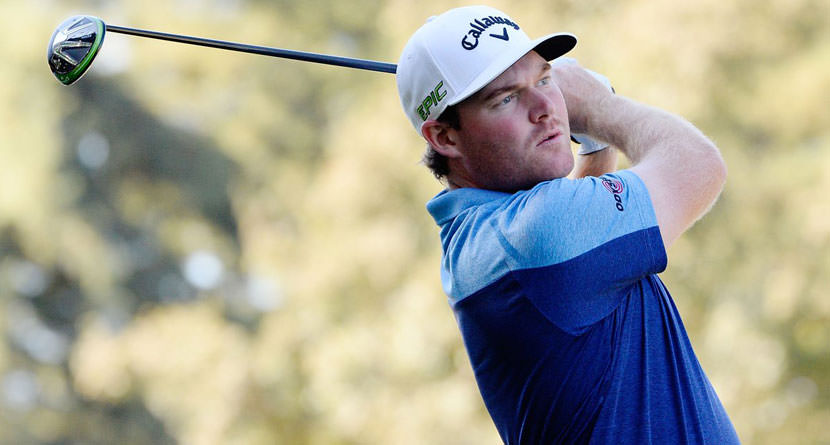 PGA Tour Grayson Murray has a history of causing a stir on social media, and following Sunday’s Charles Schwab Championship, he did it again.

Golf.com was able to screenshot the since-deleted tweets as well as some responses.

On Sunday evening the 24-year-old PGA Tour pro posted a series of blunt tweets about the Champions tour, which he has since deleted.

In response to a tweet detailing Bernhard Langer’s accomplishments on the senior circuit this season, Murray tweeted: “Does anyone really care is the real question…These guys were relevant 10 plus years ago.”

In another tweet, he conceded that the pros on the Champions tour had “laid a good foundation” for the next generation, but then added: “You will never see Phil, Tiger, Furyk ever play on it! The tour subsidizes it every year. Loses a lot of money.” Murray has on multiple occasions tried to rein in his Twitter use, usually after one of his tweets stirred up controversy and brought him unwanted attention. He has had his agent change his password; he has deactivated his account; he has made his account private.

“A lot of guys have to be politically correct or a sponsor will drop you, and it’s a shame,” Murray told Golf Channel’s Ryan Lavner earlier this year. “So they shy away from it. They toe the line.

After Murray’s latest series of hot Twitter takes, Tour pro Ryan Palmer had a prediction for what awaits him.

Well Kipper, I believe a phone call will be coming his way from Ponte Vedra in the morning. https://t.co/Wz4YsnJYIz

That’s why I luv ya brother! It’s sad…..some of these guys just don’t it!